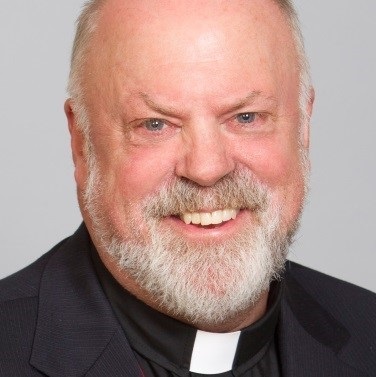 The Rev. Bruce W. Woodcock has been named Episcopal Church partnership officer for Asia and the Pacific, a member of the Presiding Bishop’s staff.

In his position as the partnership officer for Asia and the Pacific, Woodcock will be responsible for nurturing Episcopal Church relationships with Anglican Communion partners in the region and working with the Episcopal Church’s office for Ecumenical and Interreligious Relations. He will serve as a resource for parishes, dioceses and institutions, and as a bridge in nurturing and promoting relationships with this region.

He is currently the interim pastor at St. Mary’s-in-Tuxedo, Tuxedo Park, New York (Diocese of New York) and has served congregations in the Diocese of Newark.

Through his work at Church Pension Group, Woodcock notes extensive regional experience, with strong ongoing contact and personal ties with Anglican primates, provincial secretaries and staff officers in Hong Kong, Korea, Japan and the Philippines, clergy in Guam/Saipan, along with the bishop, clergy and staff of the Diocese Taiwan.

His previous work at the Episcopal Church Center included as deputy to the senior executive for mission operations; deputy director of the world mission overseas development office; and assistant secretary for legislation for the General Convention.

He was elected an alternate deputy to the 73rd General Convention from the Diocese of New York and served on various council and committees in the diocese as well as the community.

He served in the U.S. Peace Corps in Sierra Leone, West Africa, and has worked on refugee and community development programs in Asia, Africa and Latin America.

Woodcock holds a Master of Sacred Theology and a Master of Divinity from General Theological Seminary; a Master of Arts in International Administration from the School for International Training in Brattleboro, Vermont; and a Bachelor of Arts in Religious Studies from Hobart College. He is the recipient of numerous certificates and awards and was named a canon of Trinity Cathedral, Monrovia, Liberia, in 2008.

The position is a member of the Episcopal Church Global Partnerships Office. Woodcock will be based in Nyack, NY. He will begin his new position on March 1.  At that time he will be available at bwoodcock@episcopalchurch.org.