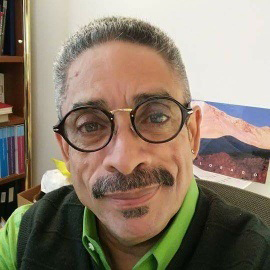 [Episcopal Church Office of Public Affairs press release] Presiding Bishop Michael Curry has announced the retirement of John E. Colón as the Episcopal Church’s director of human resources, a position he has held since 1989.

“John has served the church as a member of the staff of four presiding bishops,” Curry said. “What a tenure of service and witness! We will miss his kind, faithful and delightful presence, but we thank God that we have served with him.  As was said when John Glenn was about to orbit the earth, we say now, ‘Godspeed’ John Colón.”

“It has been a privilege and an honor to have served at the churchwide offices for more than 28 years under four presiding bishops and with current and former colleagues,” Colón said. “Be assured that as the Jesus Movement continues to revive us in this Church, I will be there walking alongside you in prayer, action and thanksgiving.”

Colón joined the staff of the Episcopal Church in September 1988 and was named director of human resources in June 1989.  Prior to the Episcopal Church, Colón was the corporate secretary and director of personnel and director of the Christian Herald Youth Program for Christian Herald Children’s Home, and Bowery Mission and Young Men’s Home, New York, New York. He has taught courses as a lead adjunct instructor at Cornell University’s New York State School of Industrial and Labor Relations and as an adjunct faculty member at the New York University School of Continuing and Professional Studies. He has been dedicated to Family Services of Westchester’s Camp Viva in Yonkers, New York, since 2001, and currently serves as a program coordinator.

A graduate of Colgate University with a Bachelor of Arts and the State University of New York, Binghamton, New York, with a Master of Arts, Colón holds numerous certifications and professional licenses.

Colón will retire on Feb. 28. In his retirement, Colón plans to continue providing consultant services focused on diversity, inclusion and managing difference in varied organizational systems.