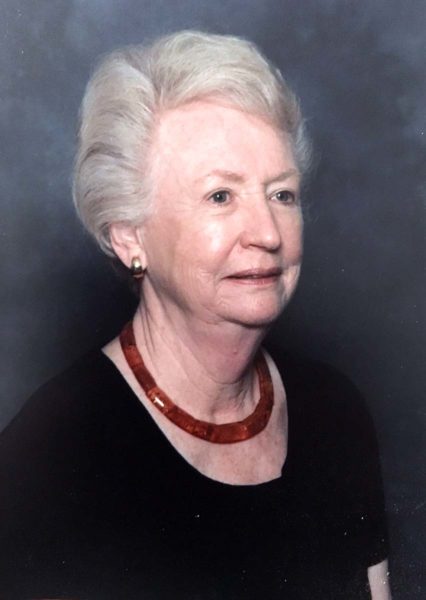 [Episcopal News Service] Dixie Ann Smith Hutchinson died peacefully Nov. 30, 2016, at her home in Louisville, Colorado. Dixie had been diagnosed with cancer in January of 2016 and was under the care of hospice. Dixie was born in San Jose, California, graduated high school in Newport Beach, attended the University of Colorado, and lived in Dallas, Texas, for 60 years. In 2010 she moved to Louisville where she remained until her death.

Dixie referred to herself a professional volunteer. Her family helped found Episcopal churches in Santa Rosa and Newport Beach, California, After she moved to Dallas, she was active in the diocese as diocesan altar guild directress, served on the Commission on Ministry, Executive Council, Episcopal Church Women’s Board and the Bishop Mason Center Board; three-time General Convention deputy, and two-time alternate. She was privileged to vote for Women’s Ordination to the Priesthood in 1976.  More opportunities to serve followed: Council for the Development of Ministry; Executive Council of the Episcopal Church; the boards of Episcopal Relief and Development, Hispanic Scholarship Trust Fund and Church Deployment; trustee of Episcopal Theological Seminary of the Southwest, University of the South and the Church Pension Fund.  In 1985 she was honored by Seabury-Western Theological Seminary with their Distinguished Christian Service Award. She was elected president of the Province of the Southwest of the Episcopal Church, the first layperson to serve in that office.

She was a co-founder and sustainer of AD HOC, a group of laity and clergy formed to help support Bishop Donis D. Patterson (Dallas) in his move toward full inclusion of women in the ordained ministry.  She also convened “Gathering,” a group seeking to serve Christ in all persons and which provided a place to discuss and contemplate the Episcopal Church across the country. Eventually, the group took the name of Via Media Dallas and merged with the church-wide group, Via Media USA.

After moving to Louisville, she attended St. John’s Episcopal Church in Boulder where she was a lay reader, a lay Eucharistic Minister, and assisted with homeless outreach.

In lieu of flowers, the family will be grateful for memorials to one of the following: St. John’s Episcopal Church, Boulder, or Planned Parenthood of Boulder, 2525 Arapahoe Ave, Boulder, Colorado, 80302.