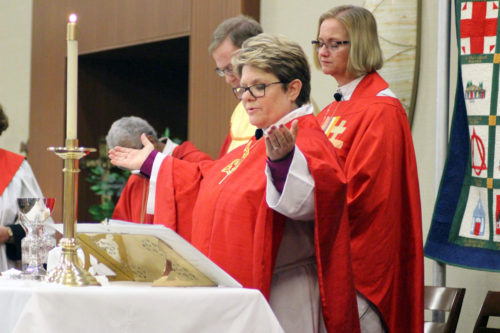 The first woman to serve as chief priest and pastor of the diocese, Duncan-Probe has said she intends to foster dialogue and reach out to diverse communities in the region. “I am overwhelmed with joy and gratitude today as I join the people of Central New York in ministry,” she said, “especially because I believe we have a crucial role to play right now. The Episcopal Church’s radical welcome, and our commitment to reconciling dialogue, make our communities a beacon of hope in an increasingly divided society.”

Reflecting the new bishop’s commitment to diversity and dialogue, notable leaders from the Episcopal Church and local faith and civic organizations participated in the historic celebration. Presiding Bishop Michael Curry led the ceremony as chief consecrator, and the Rt. Rev. Barbara C. Harris, the first woman to serve as a bishop in the Episcopal Church and the worldwide Anglican Communion, preached in the consecration ceremony. Also participating were leaders from the Islamic Society of Central New York, the Upstate Lutheran Synod, Thekhen Choling USA (Buddhist) Bahai’is of Syracuse, the National Council of Churches, Upstate University Hospital Spiritual Care, and InterFaith Works of CNY. 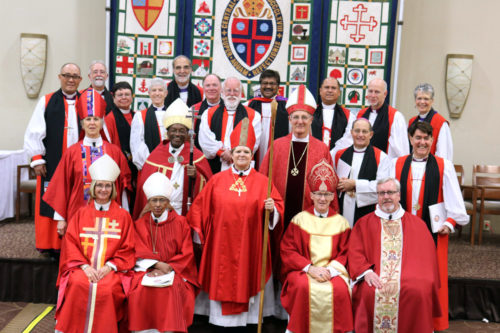 Duncan-Probe was elected at a special convention of the diocese on Aug. 6, 2016 following a year-long search process. She succeeds the Rt. Rev. Gladstone B. “Skip” Adams, III, who retired after 15 years as 10th bishop of the diocese on Oct. 31.

Prior to her call to serve as bishop of Central New York, Duncan-Probe was rector of St. Peter’s in the Woods Episcopal Church in Fairfax Station, Virginia, and held a number of leadership positions in the Episcopal Diocese of Virginia. She has served as a youth director, an educator, and co-founded an engineering consulting firm with her husband which continues to thrive. She holds a doctorate from the Graduate Theological Foundation, completed at Oxford University, and two master’s degrees from Pepperdine University and from The General Theological Seminary. She and her husband, Chris Probe, have three children.