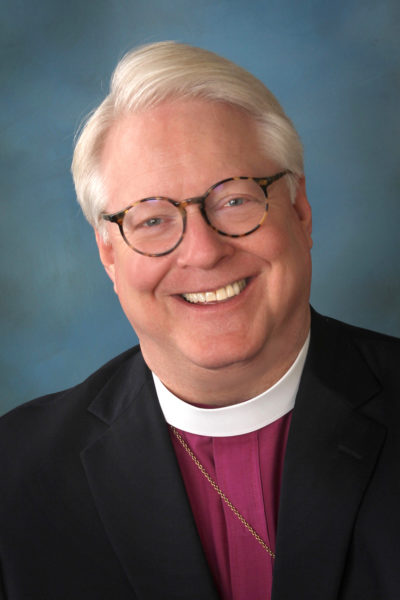 [Episcopal Diocese of Kansas] Bishop Dean E. Wolfe announced on Nov. 13 that he has accepted a call to become rector of St. Bart’s in New York City, beginning on Feb. 5, 2017, and will step down as the ninth bishop of Kansas.

Wolfe sent his message by email to clergy and lay leaders on Sunday morning to coincide with the announcement of his selection to the congregation of St. Bart’s. The news also was shared with worshippers at Sunday services across the 44 churches of the diocese. The full text of his message is available here.

Wolfe told members of the diocese that he answered this call because of a sense that his ministry as bishop had reached a point, after 13 years, when leaving seemed to be neither too early “to accomplish all that God intended” nor too late “to frustrate the Spirit’s intentions.” He also noted that this new position will allow him again to focus on the work that first drew him into ordained ministry, including preaching and teaching.

He said that leaving his role as bishop was difficult because of the relationships he had built in Kansas, as well as the work that had been accomplished in conjunction with clergy and lay leaders. Among those he cited are the establishment of the Bishop Kemper School for Ministry, a renewed campus ministry program and the creation of a refugee resettlement agency, as well as a new diocesan center for which ground soon will be broken.

He noted that he leaves with a sound leadership team in place, including the Council of Trustees, which functions as the diocese’s Standing Committee and by canon serves as the ecclesiastical authority in the absence of a bishop. He said he also is leaving a “seasoned” diocesan staff, outstanding clergy who serve as deans of the diocese’s four regional convocations, sound financial resources, and committed lay and ordained leaders.

The bishop noted that the diocese will be aided during the time of transition by the Presiding Bishop’s Office of Pastoral Development, and that he will be working up until the time he concludes his ministry as bishop to leave things in good order for his successor.

He also asked members of the diocese to pray for him, his wife Ellen and their son William, and assured Kansans of his ongoing prayers for them.

Wolfe was elected the ninth bishop of Kansas in July 2003 and was ordained and consecrated as bishop coadjutor on Nov. 8, 2003. He became diocesan bishop on Jan. 1, 2004, upon the retirement of his predecessor, Bishop William E. Smalley. He has been active in service to the Episcopal Church, serving since 2009 as a vice president of the House of Bishops and as a member of many churchwide committees.

He is a 1992 graduate of Virginia Theological Seminary, from which he received an honorary doctorate in 2004. He graduated from Miami University of Ohio in 1987. He is married to Elle Frantz-Wolfe, and they have one adult son, William.

St. Bart’s is a congregation of about 3,000 members, located in midtown Manhattan. It was founded in 1835.