[Episcopal News Service] For many Americans, the Nov. 8 general election can’t come soon enough, and not because they’re excited about it. 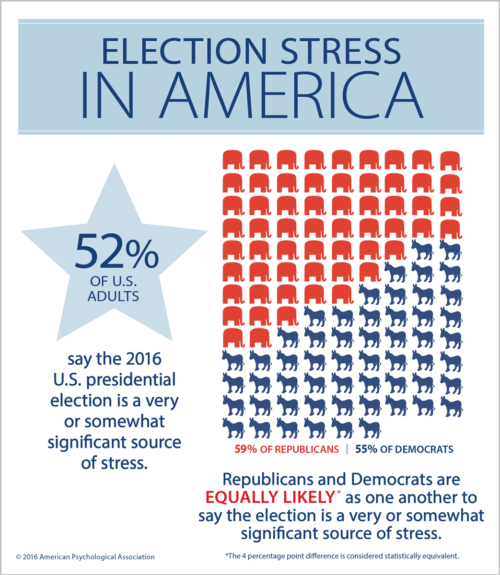 The distress goes beyond who wins or loses.

“I think there’s a great deal of anxiety about the lack of civility and [the] divisiveness” that surrounds this election, said the Very Rev. Brian Baker, dean of Trinity Episcopal Cathedral in Sacramento, California, in a recent interview with Episcopal News Service. “All of the judging, the polarizing, the clumping people into groups, the fear-mongering – all of that corrodes the soul of our communities.”

Baker said he believes that this election season is a time for the church to witness to a different way of being, to embody what he calls “the sharp distinction” between the church’s culture and that of the world. For instance, he said, raising children in a church community is “becoming less optional … if you want your child to be part of a community that really is talking about respecting the dignity of every human being.”

To that point, a survey by the Teaching Tolerance project found teachers reporting an increase in bullying of students whose races, religions or nationalities have been targeted by candidates. Teachers are also noticing what the report calls an “alarming level of fear and anxiety among children of color and inflaming racial and ethnic tensions in the classroom.” More than 40 percent of teachers surveyed said they are hesitant to teach about the election.

As the political climate has intensified, some congregations have held gatherings for their members to talk about their concerns and to discern how to respond faithfully to this season. Some have run voter-registration efforts and others plan election eve and Election Day prayer vigils.

“All the Episcopalians who are raising this concern now are right on target,” the Hon. Byron Rushing, the assistant majority leader in the Massachusetts House of Representatives who is also vice president of the Episcopal Church’s House of Deputies, told ENS, adding that this attention feels unprecedented to him.

St. George’s Episcopal Church in Texas City, Texas, north of Galveston, have enlisted the help of local Boy Scout troops, businesses and neighbors to create literal signs of hope to place around the community and remind people that coming together in unity is paramount in what the church calls “a contentious and toxic election year.” Five hundred hand-painted signs of the word “hope” will be blessed at the church on Nov. 19 during the church’s annual bazaar as a reminder that “the bigger story is always one of hope and love,” said the Rev. Robin Reeves, rector. “Our hope is that our community will come together following the elections, no matter who is elected, for the good of our community, the nation and for the good of our kid’s future,” she said, adding that the sign painters hope people will “choose love over fear.” Photo: St. George’s Episcopal Church

The Rev. Emily Mellott, rector of Calvary Church in Lombard, Illinois, hosted one such discussion in mid-October.

“What we talked about was mostly about how to find the ground of our faith when the public discourse is so divided and feels so far from our values and faith,” she told ENS. “We talked about reading the psalms and the prophets to connect with other times when God’s people have felt lost in the chaos – it’s a model of how to stay in touch with God when it feels like God is far from the mess.”

The attendees also talked about looking for the values of the baptismal covenant in the election news and debate, such as respect and justice, and for what Mellott called the “related values like integrity, patience, humility.”

“And then one person reminded us that – as an antidote to the fear about whether our democracy will survive – the mission of the church will go on no matter who wins,” Mellott said. “She suggested that confidence in that helps her treat the fears of this election season as a distraction, not a central issue, and it allows us to focus on what is important in our faith.” 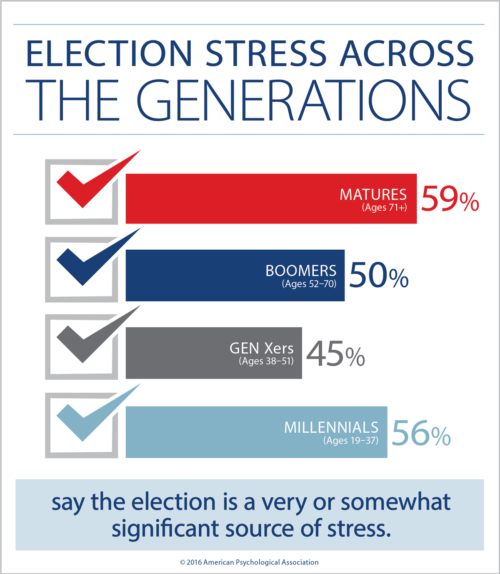 Obviously, those sorts of discussions are not aimed at advocating for one candidate versus another or one party versus another. They are not even aimed at achieving agreement.

“There really are helpful disagreements that we can have,” the Rev. Pamela Dolan, rector of Church of the Good Shepherd in Town and Country, Missouri, west of St. Louis, told ENS. “If we’re all in the same place about everything all the time, I’m not sure why [anyone would] go to church. What can you get from that? Have somebody tell you what you already know, make you feel good about what you already believe? I’m not interested in that and I hope that people want a little bit more substance than that. I think most people do.”

The goal of such conversations, Diocese of Washington Bishop Mariann Budde told ENS, ought to center on “how to find a way for every voice to be heard, allow people to speak their own truth and then to allow the community to move forward in a way that is part of the reconciliation we need” beyond the church community.

The “distress and angst” before and after the election, Rushing said, gives the church “one more opportunity to speak about our understanding of reconciliation.”

Such an approach goes a long way towards creating an environment of “love and mutual support even with people with whom we disagree or might be afraid of,” Baker said. It is also one way that churches can, he suggested, help their members develop spiritual practices to “exercise muscles that let us live with less fear and exercise muscles that help us live with less judgment.”

Another such practice, Baker said, is the gospel-based call to pray for one’s enemies, “and not that they change their minds but that they have life without suffering and the cause of suffering,” echoing the intention of some Buddhist prayers. All of those practices combine to form the model that churches can present to the world as “the gold standard of how we live with one another in community” and as the way to respond to the “deeper issues” that have surfaced in this election, he said.

The days after Nov. 8 hold the possibility of more, albeit possibly different, stress given pre-election rhetoric about the legitimacy of the election, coupled with the sense of winners and losers, and worry about the damage done to the democratic process.

The church needs to provide opportunities outside of the liturgy to both the church community and the neighborhood for “open but healthy conversation,” the Rev. Bill Brosend, professor of New Testament and preaching at the School of Theology at the University of the South, told ENS.

“We can give people the chance to look at their fears and angers, and see how much of them are genuine,” he said. “I would hope that every parish is setting up special times before and after the election, and giving people a place” to talk about the stress and to remember that God cares about them. 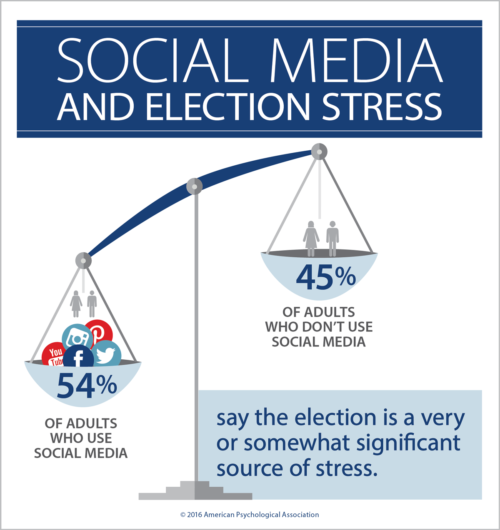 The intensity of the feelings evoked by the election cycle may dissipate over time but, “we need to be providing after-care,” Brosend said. The need for Christians “to bring faith to the political conversation in an intellectually challenging way” will still be present.

Rushing offered some practical post-election tactics. Immediately after the election, he said, people should take a look at how the vote went in the areas where their members lives. Seeing how many people voted for each presidential nominee will hint at possible community divisions between perceived winners and losers. “The fact that people voted differently means that they had a different view of, at least, their government, let alone the society that they’re in, and the feeling that they were not being heard,” he said.

Rushing added that the question to ask in the immediate aftermath of Nov. 8 is “How do you go forward in a nation divided when those divisions are not immediately showing up at your doorstep?”

One way is for churches to host conversations with people across the political spectrum “in a somewhat public and safe space.”

“Invite people in; they might come and they might not come, but give it a go” so that people know the church is a place to which they can come, he said. He acknowledged that such hosting might be very new for most congregations.

“I can’t think of a time of something like this happening,” Rushing said. “Everybody who wants to engage in reconciliation around this particular time in our history has to know that they’re all going to be on the cutting edge,” he said.