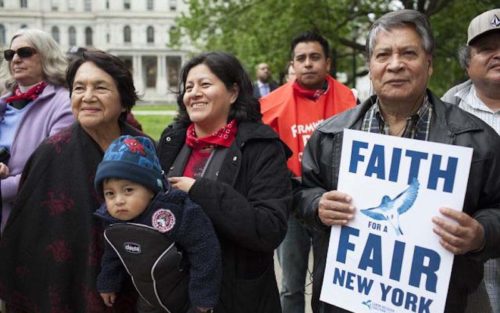 [Episcopal News Service] It’s 8 p.m. and 29-year old Sofia is preparing to work an overnight shift at a dairy farm, milking cows in the freezing Vermont night. The lows have been hovering around 9 degrees.

When she gets home just past dawn, she does a few household chores before waking up her 5-year-old son and getting him ready for school. She then puts him on the school bus, does a bit more housework, and finally sleeps before her son gets home at 3:15 p.m.

Sofia is not her real name; it has been changed protect her identity because she’s undocumented. She works six days a week without overtime pay. Friday is her day off.  She says working overnight allows her to be an active mother during the day, attending parent-teacher conferences and taking her son to doctor and dentist appointments.

Working during the day would be stressful, she says, because “I would need to ask for time off, and I wouldn’t always get it.”

The Franklin Alliance for Rural Ministries in Vermont is one of several faith-based organizations nationwide trying to find new ways to help women migrant farmworkers like Sofia live a better life.

Based at Holy Trinity Episcopal Church in Swanton, FARM is an ecumenical ministry of the Evangelical Lutheran Church in America in Franklin County, the largest dairy county in the state. The Rev. Kim Erno, an Episcopal priest, provides social and civic services for migrant farmworkers, such as driving them to medical appointments and to advocacy action days and marches, like the march for Migrant Justice’s winning Milk with Dignity! campaign against Ben & Jerry’s held in Burlington in 2015. Marchers chanted, “A mi me gusta…leche justa!” (I like just milk!) and successfully lobbied for fair wages, just working conditions and dignified housing.

In 2017, Erno will initiate a small-group ministry to bring women together to share experiences and conduct Biblical reflections in the style of religious base communities in Latin America.

Coming together in fellowship can be life changing for farmworkers, especially for women who are a quarter of the nation’s estimated 2 million migrant farmworkers. And while women suffer the same challenges as men – low wages, poor living conditions – some also suffer sexual harassment, at times at the hands of supervisors.

Despite their stability, many still lack transportation and documentation. FARM is near the Canadian border, and many workers fear that leaving the farm could mean risky run-ins with the border patrol.

“The isolation can be extreme,” says Gabriela Quintanilla, Rural & Migrant Ministry‘s associate coordinator for Western New York. Quintanilla knows this firsthand: She arrived in the U.S. at 14, speaking no English. She migrated from El Salvador on foot, with her two siblings in tow to join her mother in upstate New York, where she worked at a chicken-processing factory. Quintanilla became involved with the RMM’s youth empowerment program, and discovered a community of motivated peers as well as her life passion: social justice. 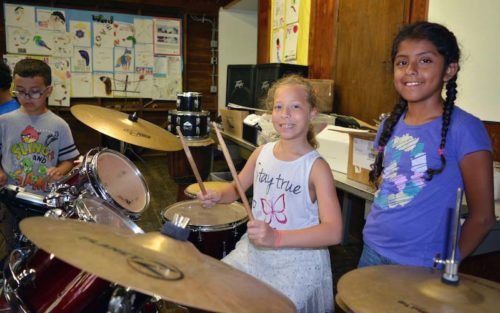 Rural & Migrant Ministry is a nonprofit organization that works for justice in rural New York state through nurturing leadership, standing with the disenfranchised, and changing unjust systems and structures.

“Without RMM’s youth group,” Quintanilla says, “I would not have been able to choose the path I took.” After graduating high school, she attended Stony Brook University, majoring in sociology and minoring in political science. Today, Quintanilla sits on the student board of the Coalition of Immokalee Workers, a worker-based human rights organization, as well as coordinating the RMM youth group.

RMM’s youth empowerment program includes arts and economic education groups, leadership camps, summer day camps, and high school and college internship programs. Ninety-six percent of its participants attend college, including women like Betsaida Alcantara and Librada Paz. Alcantara joined the youth group when she was 12 and had just arrived from the Dominican Republic. Today, she is a director of media planning for the Clinton campaign. Paz came to the U.S. as a teenager from Oaxaca, Mexico, and went on to win a Robert F. Kennedy Human Rights Award for migrant farmworker organizing.

RMM will host its 11th annual assembly Dec. 2-4 for rural women and their allies in Binghamton, New York. This bilingual, grassroots gathering gives 100 women the opportunity to learn from social organizations, rural experts and each other. Participants learn to advocate for themselves and their families in doctors’ offices and schools, as well as in their homes. Women and girls are encouraged to develop their voices and share their stories.

And like FARM, RMM is also starting a small group ministry for women next year to help members escape their isolation and develop a sense of community. “We want to create a place where women can openly discuss issues they’re facing on their farms or at home, and find solutions,” Quintanilla said.

Rural & Migrant Ministry Executive Director, the Rev. Richard Witt, an Episcopal priest, sees the new women and family-focused program as an organic reflection of today’s migrant community. In the early days, he says, migrant farmers were almost all men. “The growers didn’t want to deal with families, they really wanted to deal with single men – who were really teenage guys,” Witt said.

Migrant farmworkers are young: just 29 percent are over 45. But 10 years ago, only 19 percent of farmworkers were over 45 and 61 percent were under 34. Now, Witt says it’s swaying back again to younger workers and families. This could give women a new, more important role in farmworker organizing.

Witt is enthused about the state of migrant farmworker organizing. He reflects, “When we talk about the church bearing witness, this is something the church has a long history of doing and continues to do.”

On Oct. 27, RMM hosted a Harvesting Justice symposium where women farmworkers from across New York shared personal stories of their lives working on the farms and taking care of their families.

RMM is one of the organizations creating advocacy infrastructure in the rural Northeast, where Latinos compose a small percentage of the population. The Northeast stands in stark contrast to majority-Latino states like California, which has a long and powerful history of farmworker organizing. In September, California Governor Jerry Brown signed Assembly Bill 1066, a landmark law granting agricultural workers the same right to overtime pay as other Californians.

But in states with smaller, less established Latino populations, social services are a higher priority than advocacy.

Juan Carbaña heads up the Episcopal Farmworker Ministry in North Carolina. When the ministry started, nearly all of the workers it served were Haitian, but today nearly all are Mexican. 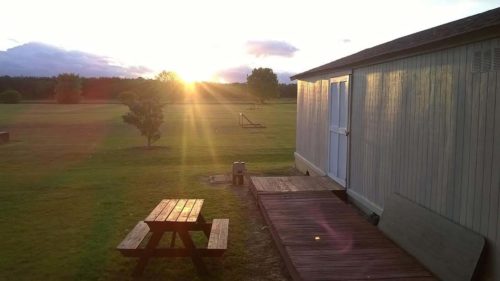 The majority of farmworkers are no longer migratory. Many live in trailers like this on property owned by their employers. Photo: Episcopal Farmworker Ministry

The Episcopal Farmworker Ministry helps farmworkers access health care, financial, transportation, educational and other social services. Farmworkers can enroll children under 5 in subsidized daycare and learn English, all through a network of partners like the North Carolina Farmworker Network and Legal Aid North Carolina.

The Episcopal Farmworker Ministry is currently developing a grant to conduct listening sessions with the farmworkers to learn even more about their specific needs. For Carbaña, a successful outreach ministry starts with culture. And when it comes to women’s organizing, Carbaña starts with families.

In his experience, a women’s group or health education meeting might not be well-attended, but if it’s advertised as a play date and is followed by a workshop, he’ll have an entirely different response.

Latina farmworkers take care of their entire families, but Carabaña also tries to impart the idea that here in the U.S., they can do so while taking care of themselves. His staff members encourage women to take up self-care, sometimes by suggesting to women, “Why don’t you take a day off and have your husband watch the kids?” This can come across as “femisist-splaining,” so Cabaña urges organizers “slowly beginning to change the culture” to be sensitive.

“It’s a lot to ask,” says Carabaña, for women who work and prepare dinner at the end of the day to also make time for organizing. He recognizes it’s hard to “lean out” of household duties when your husband doesn’t know where the kids’ socks are.

For the Episcopal Farmworker Ministry, RMM, and FARM, successful organizing is about understanding women’s priorities and reaching them where they are. For Sofia, that means helping her and her son adjust to life in the chilly Northeast.  Her son, who came to the U.S. just four months ago, feels uncomfortable at school since he doesn’t speak English yet. But Sofia is optimistic that he will adjust.

For women working overtime, a ride to the market or the doctor can make a hard life a little less daunting. FARM helps Sofia take care of the small things so she can focus on the big things, like giving her son a great life in the United States.

“We have to have hope for the future, and move forward!” she says.

— Emily Goulding-Oliveira is a writer and activist. She lives in Brooklyn with her family.