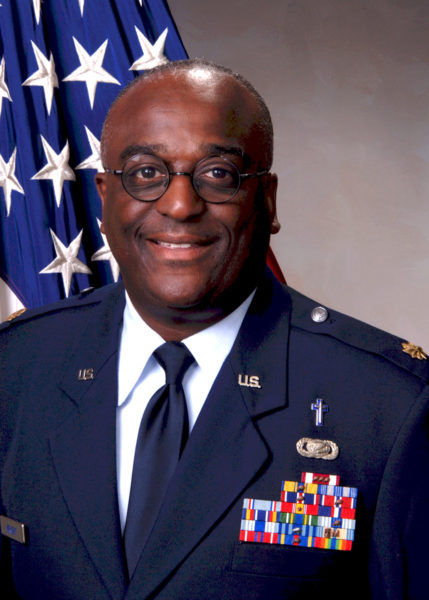 The House of Bishops elected Wright on the second ballot with 59 votes. One hundred and fifteen bishops voted and 58 votes were need for an election.

Wright is the rector of St. Andrew’s Episcopal Church, in Pasadena, Maryland, in the Diocese of Maryland. In his military career, he has served as deputy command chaplain for the Air Force Global Strike Command at Barksdale Air Force Base, Louisiana. Commissioned an Air Force chaplain in August 1993, Wright is an associate member of the Anglican religious Order of the Holy Cross (OHC). More biographical information about Wright is here.

The election took place on the closing day of the bishops’ Sept. 15-20 meeting here.

In accordance with Episcopal Church canons, Wright must undergo another round of vetting and then earn the consent of a majority of the church’s diocesan standing committees and all bishops with jurisdiction before he can be consecrated on Feb. 11, 2017.

Presiding Bishop Michael Curry notified Wright of his election via speakerphone from the meeting and asked him if he would accept his election. Wright agreed, to the house’s applause.

With an office based in Washington, D.C., the bishop suffragan for armed services and federal ministries is a member of the staff of Presiding Bishop Michael Curry.

The Rev. Christopher Garcia, Emmanuel Episcopal Church, Greenwood, Virginia, Diocese of Virginia. A career Army officer, he retired after 25 years of service in the Judge Advocate General’s Corps with the rank of colonel. He was deployed to Saudi Arabia and Iraq for Desert Shield and Desert Storm.

All three nominees met with the House of Bishops on Sept. 17.

Prior ENS coverage of the bishops’ meeting at the Westin Book Cadillac Hotel in downtown Detroit is here.