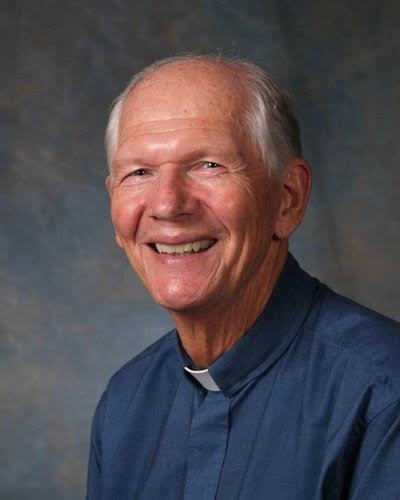 [Canticle Communications press release] The Rev. William C. Nelsen, an experienced college administrator, nonprofit executive and Lutheran pastor, will serve as interim president of Episcopal Divinity School (EDS) during the 2016-2017 academic year, the Rev. Gary Hall, chair of the seminary’s board of trustees, has announced.

“I am delighted that Bill Nelsen has agreed to serve as interim president of EDS,” Hall said. “He has long experience in the church and academy, and deep respect for the school’s commitment to social justice. His leadership will ensure the continuity of EDS’s historic mission both in the transition and beyond. I welcome him as a colleague in charting the course of EDS both now and for the years ahead.”

For nearly 18 years, Nelsen was president of Scholarship America, the largest private sector scholarship organization in the country. Prior to that post, he was president of Augustana University in Sioux Falls, South Dakota, and vice president, dean and professor at St. Olaf College in Northfield, Minnesota. In recent years, he has served in interim positions as vice president of development at North Carolina Wesleyan College, vice president for university relations and development at Tennessee State University, and university minister for advancement and church relations and interim president at Midland University, where he also received a bachelor degree in 1963.

“EDS has had a long-standing devotion to excellence in theological education, inclusiveness and social justice. With my experience in both academic and church settings, I am looking forward to working with the people of EDS in forging new and exciting ways to serve both church and society,” said Nelsen, who was a volunteer with the Southern Christian Leadership Conference in 1965, when the Rev. Dr. Martin Luther King Jr. was the organization’s president.

After earning his undergraduate degree, Nelsen was a Fulbright scholar in the former West Germany before earning an M.A. in religion and society through a joint program between Columbia University and Union Theological Seminary and a Ph.D. in political science from the University of Pennsylvania. He has published widely on faculty development, higher education funding issues, and nonprofit management. In 2008, he was ordained in the Evangelical Lutheran Church in America after completing coursework at Luther Seminary in St. Paul, Minnesota. He has served as a pastor and director of the Lilly Endowment Project for equipping clergy and laypeople in the Southwestern Minnesota Synod of the ELCA.

In July, the EDS board voted to end degree programs in July 2017 in order to conserve the seminary’s resources for its future mission. At that meeting, the Very Rev. Frank Fornaro ‘96, who has served as interim president and dean since 2015, announced his resignation but has continued to serve during the search for his replacement. Nelsen was chosen unanimously as president by both the trustees’ transition committee, which conducted the search, and by the board in a meeting by phone today. He was one of four candidates identified by the transition committee in consultation with the Registry for College and University Presidents, a Boston-area organization that helps higher education institutions identify veteran leaders for interim placements. He will lead a search for an Episcopal chaplain who will attend to the school community’s spiritual and pastoral needs.

“I was impressed by Bill’s knowledge of EDS and his commitment to the school’s mission; his support for the actions the board has taken; and his interest in helping the school move forward in furtherance of its mission and of the work of the church,” said Christopher Holding, chair of the board’s transition committee. “His open and pastoral manner and his command of the governance structures will serve us all well in the months to come.

Nelsen is married to Margaret (Margie) Rossow Nelsen and has three children and six grandchildren. The couple has traveled widely in Europe, the Holy Land, Africa, North and Central America, and Asia.