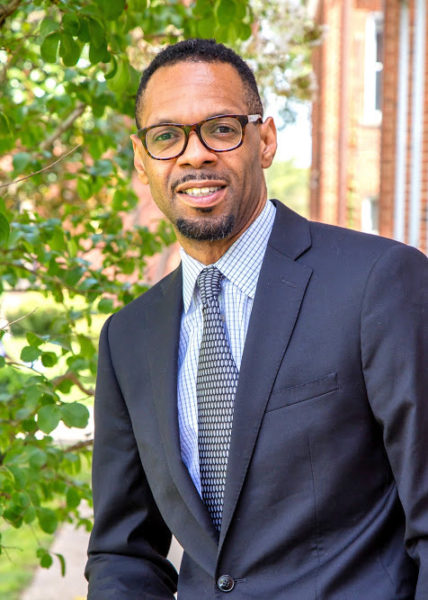 Greene will lead the university’s communications and media efforts, amplify its social media presence as well as oversee the content management of its television and radio stations. He will also teach one class per semester.

Greene comes to the position with 14 years of experience in public information management in academia, government, and the arts as well as in media relations and special event coordination.

“Professor Greene’s strategic communications acumen, grasp of social and digital media, and passion for multi-media content creation will be a tremendous asset to our university,” said Dr. Everett B. Ward, president of the university.

“We wanted someone with a solid history in strategic communications and who can help us gain greater visibility. Greene’s career and personal connection to education is the perfect mix and we look forward to working with him in his new role. That he is already a SAU professor is, as they say, icing on the cake.”

As chief communications officer, Greene will serve as the principal communications advisor for Saint Augustine’s University and be responsible for implementing a sweeping communications plan which includes revamping the university’s website, better utilizing its stations, and eliminating antiquated communications processes.

“I am excited to start a new challenge here at SAU and deeply humbled for this opportunity to further serve the scholars, parents, faculty, staff and alumni of our community,” said Greene. “I look forward to building on the strengths of our communications unit, examining how information is disseminated internally and externally, and invigorating our processes with social and digital media applications to elevate our communication to cutting-edge 21st century standards.”

Originally from Long Island, New York, from 2005 through 2009 Greene successfully served as a public information officer within the Executive Office of the Mayor of the District of Columbia and as the special events/public affairs officer for several DC Government agencies. He also served concurrently as the freedom of information law officer/ethics advisor for four District of Columbia agencies. In 2010, the Prince George’s County Public Schools system brought him on as its strategic communications consultant to help navigate it through a crisis when a new computer system left over 8,000 high school students without class schedules for weeks. Later that year, he worked with the communications office of the Maryland Department of Housing and Community Development, which resulted in the integration of several social media applications into its strategic communications plan.

Greene first came to SAU in 2011 as an adjunct professor in the university’s Communications and English departments. A year later, he was brought on full-time as an assistant professor and transitioned to its Film & Interactive Media Department. In 2013, he was 1 of 20 educators nationwide to be named as a Fellow of the Academy of Television Arts & Sciences Foundation.

He received his M.S. in New Media Management and a dual B.A. in African American Studies and Writing for Television, Radio and Film from Syracuse University. Greene also serves as a board member of the African American Cultural Festival of Raleigh & Wake County.