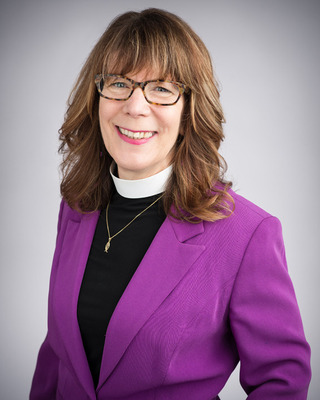 A native of Connecticut, Deats graduated from the University of Connecticut with a B.S. and M.S.W., a doctorate from the Hunter School of Social Work and an M.Div. from Drew University’s Theological School. She has worked extensively in leadership positions in the churches she served in both New Jersey and North Carolina. In the latter, Deats has served as associate rector at St. Paul’s, Cary, and interim rector at Good Shepherd, Rocky Mount.

“Cathy’s vast experience will be a gift to those working with her in the east region,” says the Rt. Rev. Anne Hodges-Copple, bishop diocesan pro tempore for the Diocese of North Carolina. “Her petite frame is in inverse proportion to her giant tool kit. It contains experience in urban and rural communities, all of which were diverse and multicultural. She brings not just a theological background, but a degree and experience as a licensed clinical social worker. This is a canon who packs a punch!”

As regional canon, Deats says she hopes to work to heal divisions without compromising justice, helping others recognize the operational nature of systems and how they can be used for good (or ill), and to preach powerfully about the love of God as well as the responsibility to attend to one’s baptismal promises.

“I have been so lucky to work side by side with so many folks who understand ‘love God, love your neighbor, change the world’ and then actually do it,” says Deats. “I’m excited to collaborate with congregations in the eastern region of the diocese, learn more about their needs, visions and goals, and then getting to work making them happen.”

Deats joined the diocesan team on May 1 on a part-time basis as she completed her tenure at St. Paul’s. She joined the team full time in early June.