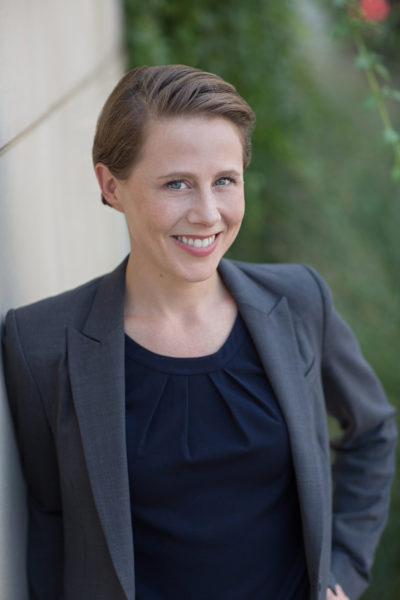 “Rebecca Blachly provides the capability and knowledge that the Episcopal Church wants and needs when working with our government leaders,” Curry said.  “Please join me in welcoming Rebecca to her new position, coming at a critical juncture for religion-government relations.”

Based in Washington, D.C., the director of government relations is a full-time position responsible for representing the public policy positions adopted by the Episcopal Church’s General Convention and Executive Council, and the ministry of the presiding bishop, to policymakers in Washington including, the White House, Congress, the diplomatic community, Episcopal institutions and networks, visiting Anglican and Episcopal leaders, the ecumenical community, and public interest organizations, so that the church has a direct presence and ability to advocate its positions to those who make or are concerned about governmental policy.

“I am honored and thrilled to take on this critical role for the Episcopal Church, and I look forward to working for the presiding bishop and with his extraordinary team,” Blachly said. “My experience in the policy community – both in and out of government – has shown me the crucial role of faith communities in advancing priority issues. I look forward to advancing the presence of the Episcopal Church in Washington.”

Most recently Blachly served as the senior policy advisor for Africa for the Office of Religion and Global Affairs in the U.S. Department of State. As such, she advised the secretary of state and State Department officials on religious dynamics, and the role of religious leaders and communities in Africa, and was as an expert and resource for the State Department.

Previously, Blachly was acting chief of the strategic communication division at U.S. Africa Command in Stuttgart, Germany, and special assistant to the principal deputy undersecretary of defense for policy at the Pentagon, where she focused on humanitarian assistance, disaster response and peacekeeping. She has conducted fieldwork and research throughout Africa, including in Sudan and South Sudan, Ethiopia, and Kenya. Blachly worked as a research associate in the Post-Conflict Reconstruction Project at the Center for Strategic and International Studies. Prior, she was the director of international advancement at the University of Illinois.

A published author, she was awarded the Medal for Exceptional Public Service in the office of the secretary of defense and a Harvard Humanitarian Initiative travel grant for research in South Sudan on the peacekeeping mission in 2011.

Blachly holds a Master of Divinity from Harvard University and a Bachelor of Arts in philosophy from Williams College, Williamston, Massachusetts. While at Harvard, she conducted her field education at Trinity Church Wall Street in New York, New York.

A review committee comprised of an Episcopal Church Executive Council member, senior members of the presiding bishop’s staff, an Evangelical Lutheran Church in American partner in government relations work and other church leadership officials reviewed the résumés and interviewed candidates for this position.