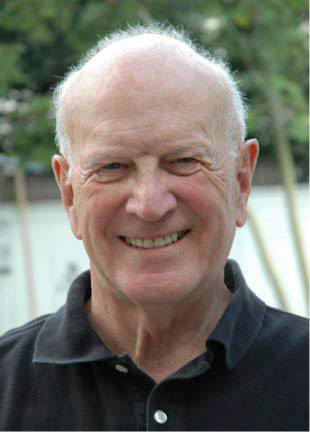 It would be hard to overestimate Ormonde’s contribution to the development of the Episcopal Church’s restoration of the distinctive diaconate in ordained ministry, and his theological leadership extended around the globe.  His book Many Servants: An Introduction to Deacons, provided a historical overview of the Episcopal diaconate and a rationale for the renewal of the order.  He also authored The Deacon in the Liturgy and Intercession, as well as other volumes which continue to play an essential role in the education and formation of deacons in the Episcopal Church and the Anglican Church of Canada.

Ormonde’s leadership extended to the creation of the organizational infrastructure needed for the renewed diaconate to prosper, as well.  He was an early member of AED’s predecessor organization, the North American Association for the Diaconate, and he served faithfully on our board and as our president.  In his last appearance at one of AED’s assemblies, he provided a sage and comprehensive overview of the history and development of the Episcopal Church’s diaconal movement.  An early adopter of internet technologies, for over 20 years he has hosted the anglodeacons and archdeacons Yahoo groups, a modality of communications which has enabled deacons to communicate around the world and vastly expand their ability to collaborate in both diaconal action and in reflection on the renewed order.

There are indeed many stories of Ormonde that will be shared as we celebrate his life and ministry among us.  Please add your reflections and your pictures as together, we mourn the passing of this worldwide diaconal leader.  We know he rests in peace and are certain he has risen in glory.  Well done, good and faithful servant!