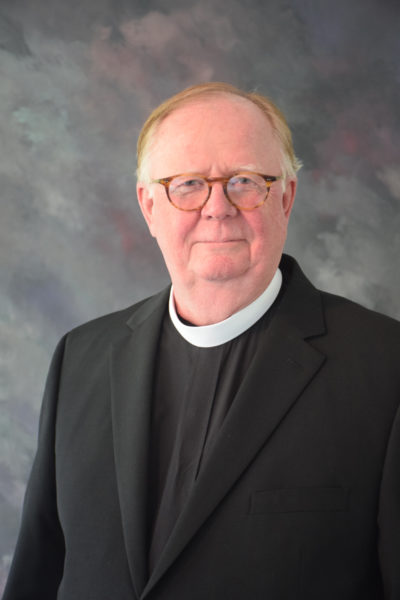 The Honorable Richard L. Nygaard, senior circuit judge on the United States Court of Appeals for the Third Circuit, was ordained a deacon by Bishop Sean W. Rowe of the Diocese of Northwestern Pennsylvania in June at Saint Mark Episcopal Church, Erie, Pennsylvania.

In 1991, the American Bar Association received a request from Romania for assistance in preparing their country for a democracy; in developing a constitution and a bill of rights; and in restructuring their judiciary. The International Law Section of the ABA requested that Nygaard act as an advisor to the Constitutional Conferees of Romania, make comments on their constitution, judiciary structure, and bill of rights. Since then, he has been a constitutional consultant for the countries of Albania, Lithuania, Ukraine, Russia, Kazakhstan, Azerbaijan, Bulgaria, and Croatia, basically in the areas of judicial structure and individual rights. He developed a “Charter of Rights and Responsibilities” now in use, to varying extents, in these countries. He declined to participate with the Government in Exile of Somalia because it rejected his recommendations on human rights, religious freedoms and the rights of women. He was awarded a Doctor of Laws Honoris Causa by Edinboro University of Pennsylvania in 1993 for his constitutional work in central and east Europe. Nygaard also studied the ethical, legal, and sociological implications of the Human Genome Project, under the auspices of the University of Virginia, and the National Institute of Health.

He has lectured and written essays on topics ranging from legal history to legal philosophy. His book, Sentencing As I See It, was published by Copperhouse Publications in 2000. Nygaard, who has a passion for sentencing and prison reform, has participated in various fora to stimulate interest in the concept of redemption. Through his Prison Library Project, Nygaard has distributed more than 20,000 books to local, state and federal prisons.