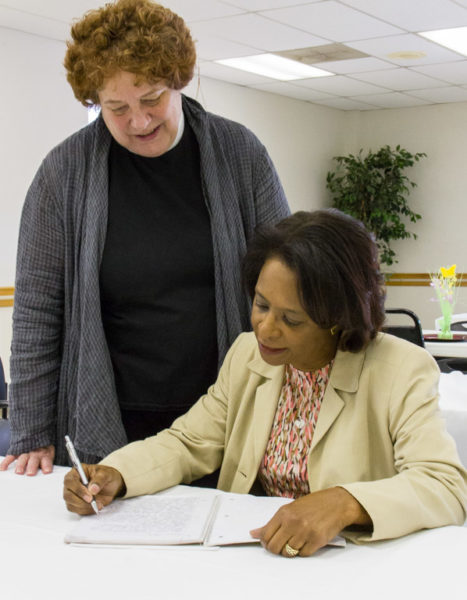 [Diocese of West Texas] On All Saints’ Day, Regina Walker, a member of St. Philip’s Episcopal Church in San Antonio, Texas, opened the thin spiral notebook from her fourth-grade pen pal at nearby S.H. Gates Elementary School and discovered that the light-hearted exchange of letters had taken an unexpectedly somber turn.

The letter from her young friend, written on blue-lined paper, contained a sobering passage: “Do you have a dad because I don’t he died in a car crash. We had his funeral.”

After she read this, Walker retreated to compose herself in a quiet corner of the church’s parish hall.  “My heart broke for such a young person to go through such a tragic event,” Walker said.  “I saw this as a light-hearted exercise.  Suddenly, it was very serious and thought-provoking.”

Seeing her alone, the Rev. Patricia Riggins, St. Philip’s parish priest, sensed something was up.  Walker showed her the letter and the two huddled over how she should reply.

“She is a young girl,” Walker said, “so I had to be sensitive to how I responded.”

Riggins told her: “You know, Regina, it’s All Saints’ Day.  See if you can use that.”

Walker thought about Riggins’ suggestion and sat down with the notebook.  “God is good,” Walker explained.  “He came at the right time to tell me how to respond.”

She picked up her pencil and wrote: “I am very sorry to hear that your Dad died. Today is All Saints’ Day, a day when we give honor and prayers to our loved ones in heaven.  I will say a special prayer for you and your family.”

“It was a beautiful response,” Riggins said.

The exchange of letters between Walker and her young friend began as a pen pal program last fall between the fourth graders at Gates and the parishioners at St. Philip’s.  The school and church are located only about six blocks apart in southeast San Antonio and share a heritage rooted deep in the African-American community.

S.H. Gates, a prominent local educator, was the first African-American to have a school named in his honor in San Antonio.  St. Philip’s heritage dates to its founding in 1895 as the first Episcopal Church for African-Americans in the Diocese of West Texas. 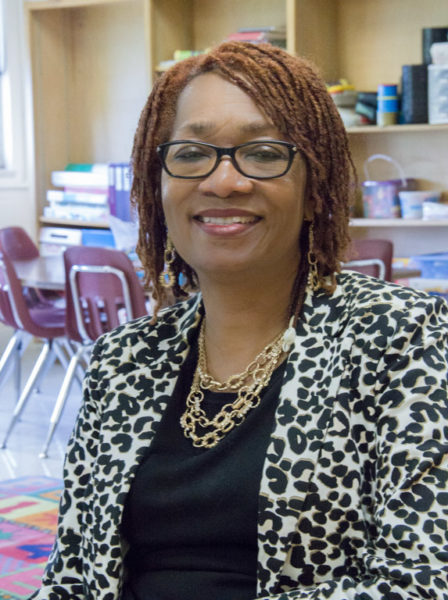 The cooperation between the church and Gates started when Riggins heard about a partnership between San Antonio’s Christ Church and its neighborhood school, Madison Elementary, at an Abide in Me conference. (See “A Mutual Transformational Relationship,” The Church News, March/April 2015)  Although St. Philip’s is much smaller than Christ Church, she wanted to see if there was some way on a lesser scale that her church could help the children at Gates Elementary.

“Part of the DNA of this church community is to be in a relationship with Gates,” Riggins said.  “Several of the kids of our parishioners went to Gates.  And we have quite a few teachers in the parish.”

Riggins arranged a meeting with Stephanie Webb, the school counselor, to explore ways that the church could help Gates. “I knew we could do something like buy school supplies, but I wanted something different,” Riggins said.

Webb had an idea: “I said, ‘You know, what if we could have a little pen pal program with the fourth grade because they are tested in writing for STAAR.’”  The State of Texas Assessments of Academic Readiness measures fourth graders on reading, writing and math.

Riggins presented the idea to the church and “nobody said no.”

The program was launched when the school’s two dozen fourth graders decorated the cover of their spiral notebooks and wrote a letter introducing themselves to their future pen pals at St. Philip’s.

Riggins picked up the notebooks from the school, took them to church and “just started passing them out at coffee hour to anybody who wanted to participate.”  They were quickly snatched up, even by St. Philip’s own sixth-, seventh- and eighth-graders.  “I thought everything is on phones these days,” she said. “They’ve never had a pen pal before.  So our youth are participating in this as well.”

Generally, it takes about two to three weeks to turn the letters around between the church and school.  The parishioner and student remain paired as pen pals throughout the year.

On Sundays, when the notebooks are passed out after services, it’s a mad dash as church members reach for their letters.  “It’s nice to see people grab their booklets,” Walker said.  “They grab their pencils and put their heads down and then raise them thinking about what to say.  We have to watch our own penmanship!”

The parish hall also buzzes with conversations as members share what their pen pals have written.  “When I distribute the notebooks I listen to the conversations in the parish hall,” Riggins said.  “‘Listen to what he wrote,’ they say.” 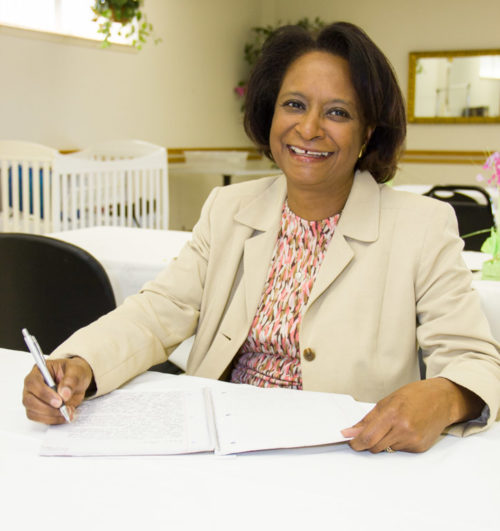 The same excitement happens at school when the children get their notebooks back from church. “When they get their books back they open them up and read them, then they’ll share with each other what their pen pal wrote, the questions that they had, the ideas and experiences that they had,” Webb explained.

The children tell their pen pals about themselves, their families, their school, their pastimes, what books they are reading, what their favorite stories are.  Sports and video games are a big topic, too. “We also get a lot of pictures,” Riggins said.

One child wrote her pen pal that they were learning about the Caddo Indians.  “It’s really fun,” the youngster wrote.  “Tell me more about the Indians,” the parishioner wrote back.

Another church member told her pen pal that she was “glad you like to read because reading is essential to your education.”

“A lot of this is trying to be encouraging and asking questions about what they’ve learned,” Riggins said. “Anything to get them to write and to practice writing and to tell us about themselves and their school.”

Webb said the fourth-grade teacher reviews the letters and offers suggestions to the children on what to write and how to improve their writing.

“Sometimes they don’t know what to say, especially over a holiday,” Webb said.  She and the teacher encourage the children to write about what “happened on your Easter holiday, what happened on your Christmas holiday. Share that experience with them.”

Webb will occasionally substitute the time she sets aside each Wednesday for guidance work with the class for letter writing. “I’ll say, ‘Take out your notebooks.  This is what we’re going to do for guidance’ so that it won’t take time away from their class” and interfere with their preparation for the important STAAR test.

“I think that’s a good impact for them,” Webb said. “They notice the patterns that other people use when they write.  They will conform to what they see other people doing.”

Riggins has also heard positive feedback about the program.  One parent noticed the improvement in her child’s handwriting, for example.  “You can also tell the sentence structure gets better,” Riggins said.  “They start responding.  They have more confidence.  They’re not getting anything from us that is scolding.  All they’re getting from us is that we’re responding to their questions and they get a chance to brag on themselves.”

Church members “love the fact that they’re encouraging the kids.  This congregation knows the value of education.  They want to very much assure that these kids are valued as individuals and valued as children of God and keep up with their education.”

“It warms my heart to go back in time to remember what it was like, what is in their minds, what their young minds think about at that age,” Walker said.

Although religion is not a theme in the letters, the children know that the letters are sent from a local church.  “Several church members do talk about that this is my church family,” Riggins said.  “Many of our letters end with ‘You and your family are in my thoughts and prayers.’”

With only 49 families, St. Philip’s faces limitations on how broad it can spread its outreach programs into the community.  In addition to the pen pal program at Gates, a couple of members also read to pre-K and kindergarten children attending the school.

In another outreach to neighborhood children and families, St. Philip’s has revitalized its Breakfast with Santa program, held on the second Saturday of December.  The breakfast, advertised throughout the area, including fliers distributed at Gates and a promotion on the church’s marquee, offered pancakes, sausage, juice and coffee to anyone who attended.

The children got their picture taken with Santa and made Christmas ornaments.  Last Christmas, 100 people attended, including one family who joined St. Philip’s.  “Several kids said it was the best day they’d had,” Riggins said.  A few children participating in the pen pals program also attended.

When reading the children’s letters, she “picks up on loneliness.  I pick up on kids who are so excited that somebody’s listening. I think that’s what struck a lot of our parishioners is that these kids asking to be in a relationship and that’s what God calls us to do.”

Webb is hopeful that the pen pal program will continue in future years. St. Philip’s hopes so, too.  “It brings us great joy,” Riggins said.

— Mike Patterson is a freelance writer and member of St. Michael and All Angels Episcopal Church in Blanco, Texas.