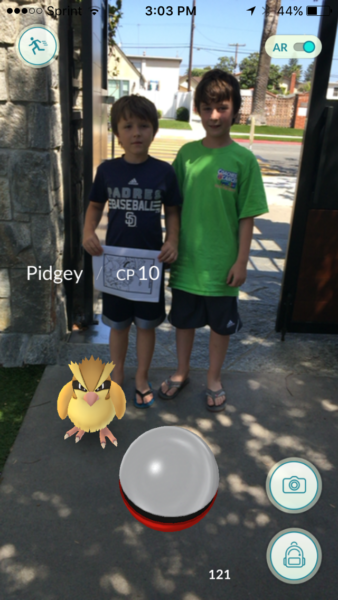 [Episcopal News Service] Pokémon Go is a game, but Christie Tugend is ready to nominate it for a Nobel Peace Prize.

“In the middle of these contentious times, people are coming out of their houses,” said Tugend, parish administrator for Christ Church, Coronado, in the Diocese of San Diego. “They’re walking their neighborhoods and public places, gathering together at all times of the day, and interacting with one another with kind and friendly words and smiles on their faces. Barriers seem to disappear. Okay, so they’re walking around with their noses in their cell phones but still…”

Tugend is among the millions of people playing Pokémon Go, an augmented reality game where folks use their phones to find and capture animated creatures. The game, released in early July, has experienced record-breaking growth, with an estimated 30 million downloads in just a few weeks. Tugend and others are not only playing the game themselves but also taking advantage of its wild popularity by extending Christian hospitality.

Gamers are showing up at churches – in their yards and inside – to play the game; many church buildings are “Pokestops” and “Gyms,” places where gamers can collect creatures. Some churches are offering free water and places to sit, play, and talk. Others are hosting events or creating space for recharging stations.

“When is the last time we have had a literal flood of people onto our parish grounds?” asked the Rev. Mark A. Spaulding, rector of Holy Cross Episcopal Church, Castro Valley, in the Diocese of California. “How shall we respond? ‘Keep them out. Don’t step on the daisies?’ Or, ‘Welcome, we are glad you are here! Here is a chair to make it more comfortable for you.’ The game’s draw has provided a golden opportunity to tell our story, the story of how God loves us and draws us toward peace, justice, and love for all of creation.”

After the first day of the game’s launch, Spaulding asked a parishioner to make a sign to post outdoors. Using the game vernacular, the sign welcomes trainers and Ingress teams. A photo of the sign found its way on Reddit, a social networking site, which sparked hundreds of comments about Christianity and the faithful witness of churches like Holy Cross.

Said Spaulding, “If this silly little game is the tool that invites the profound and deeper work of making spiritual connections, then yeah, we are all in!” 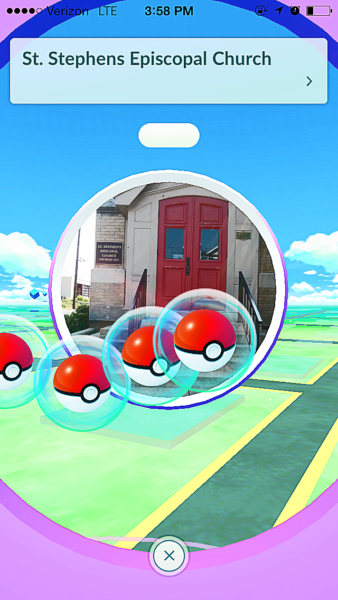 At St. Stephen’s Episcopal Church, Sherman, Texas, a pastoral-size congregation in the Diocese of Dallas, the Rev. J. Wesley Evans invited a local Pokémon Go group to come inside and recharge their phones.

“Our next step is to make ourselves more hospitable for players by placing a cell phone charging station in our parish hall, which also happens to be in range of our two Pokestops. We’ll also start providing water because Texas gets really hot!” said Evans.

This type of “hospitality is an opportunity for the church, particularly in an era when so few people consciously come to us anymore. People are getting outside, meeting strangers, and contributing to the growth of downtown. Our role in this, I think, is to give people a positive experience of church.”

Some Christians have derided the game, calling it either “of the devil,” said Evans, or dismissing it as a waste of time.

“With Pokémon Go, the opportunity is more of a what not to do rather than anything specific,” he said. “People are coming to the building, and we can either do what should be the norm, show hospitality like Jesus, or we can build a wall because we don’t want ‘those kind of people.’”

To help churches respond to the Pokémon Go phenomenon, Forward Movement produced some free resources available for download. A poster welcomes gamers — and, if they’re still searching for something, invites them to learn more about the church, to come to worship, to talk, and to explore. A free bulletin insert is designed for parishioners who may or may not know a lot about the game. It explains Pokémon Go and offers some suggestions for engagement.

“As Episcopalians, we love our slogan, ‘The Episcopal Church welcomes you!’ but how often do we get to trot out our warm welcome?” asked the Rev. Scott Gunn, executive director of Forward Movement, a ministry of the Episcopal Church and publisher of Forward Day by Day and other discipleship resources. “Thanks to the Pokémon Go game that is sweeping the country, lots of people are showing up at our churches – sometimes to play on our lawns and sometimes to go inside to catch Pokémon. What can we, as a church, do to welcome these people who may not have ever been to a church before?”

Gunn encouraged people to enjoy the opportunity — and to be creative.

“If evangelism isn’t fun, we’re not doing it right,” he said. “So have fun offering Christ’s welcome to all who come.” 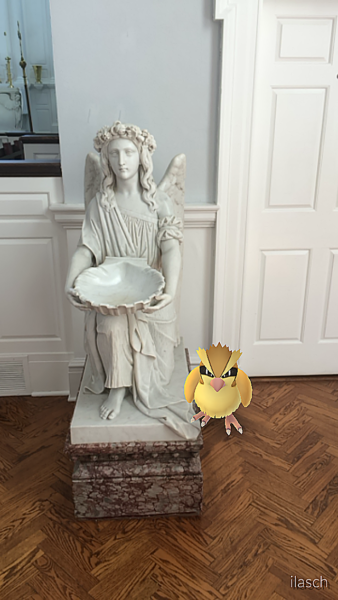 Pokémon Go isn’t “some magic solution to all of the church’s issues around demographics and attendance,” said the Rev. Ian Lasch, associate rector of St. Peter’s Episcopal Church in St. Louis, Missouri. “But I’m fond of saying that after decades of wondering how to get young people to come to church, Pokémon Go is quite literally bringing them to our doorstep,” he said.

“At the very least, we have the opportunity to show how welcoming and loving we can be to our neighbors with no strings attached. Even if that’s the most that we can make of this phenomenon, I call that a win.”

READ MORE ABOUT IT
Provided by Forward Movement

What is Pokémon Go?
The video game of Pokémon isn’t new. It started in the late 1990s in Japan. The goal is to collect virtual creatures through battles, adventures and trainings. In addition to the Pokémon video game, there are trading cards and a slew of tchotchkes. What’s new is the release of Pokémon Go. Run on an Android or iOS system, the game uses a phone’s GPS and clock to detect your location and then make Pokémons “appear” on the screen. You then capture the Pokémons and continue on the quest to “Catch ‘em all.”

It’s anyone’s guess why Pokémon Go has become wildly popular in such a short time — an estimated 30 million downloads in the first weeks! But the impact is that people of all ages are exploring new places as part of the game. And our churches are frequent hangouts for virtual Pokémons and real-life players.

Why should the church care?
Sure, this is a video game, not the heady and vital concerns of our fragile state. But thisgame offers us an opportunity to witness to the type of community and hospitality that Jesus calls us to in the gospels. And our grand Episcopal Church welcome must be extended over and over again—not only to those dressed in Sunday best and perched on pews but also to those who are wandering by on a Tuesday morning, perhaps to find something they didn’t know they were looking for. 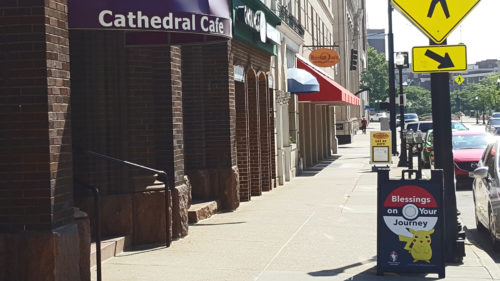 This app is a game changer for all organizations, not only those that are faith-based, said Sarah Hartwig, communications director for Christ Church Cathedral in Cincinnati, Ohio. “The initial adoption rate of this virtual scavenger hunt has never been seen before in the tech world, and that translates very quickly to encouraging folks who wouldn’t normally converse with one another to engage, at least initially, about Pokemon Go. Churches have a real opportunity to leverage this willingness for people to connect about the app to take that discussion further and to get to know their neighbors better.” Photo: Christ Church Cathedral

How can my church engage?