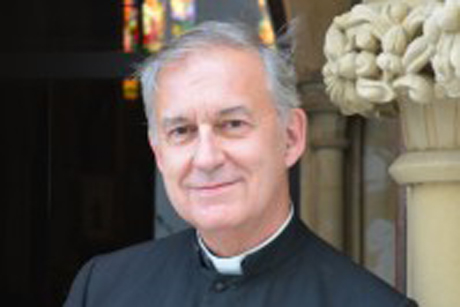 The Rev. Peter Jackson is the Anglican chaplain in Nice. Photo: David Hamid

[Anglican Communion News Service] The chaplain of the Anglican Church in Nice has told BBC radio that the French city is stunned by Thursday night’s attack which left at least 84 people dead and dozens more injured. But the Rev. Peter Jackson said Nice was resilient and would recover.

Jackson told the Today program that one of his church wardens saw the lorry crush people who had been watching a fireworks display to mark Bastille Day. He said it has been “highly traumatic” for her.

“Other people are just stunned,” he went on. “If you go to the site where so many people died, it is extraordinary – almost surreally quiet.”

Jackson explained how the church was providing comfort.

“I have met lots of people, I have been on the phone to them, emailed them. . . We do have our church open every day from eight o’clock in the morning to six o’clock at night. I go in and out of the church a lot during the day and you encounter people there, people coming to pray and also just to find somewhere quiet, a bit of sanctuary.”

Asked by reporter Sima Kotecha if Nice would recover, he said the people were resilient. He said older English-speakers were invoking the spirit of the Blitz during the Second World War – “be brave and get on with it.” But he said others were talking of avoiding crowded places in future which he said was very sad.

France is marking three days of national mourning for those killed and injured in the attack. French President François Hollande has described it as a terrorist act and has extended the country’s state of emergency by three months.