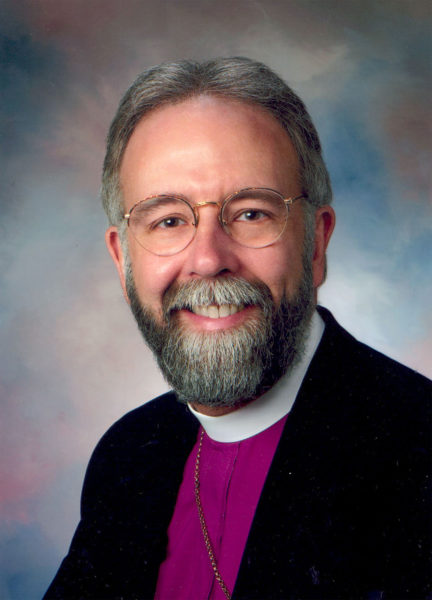 The Standing Committee has called a special convention for Sept. 10 at Grace Church Cathedral in Charleston, where delegates will vote on installing Adams as the successor to Bishop Charles G. vonRosenberg.

Adams was the unanimous choice of the Standing Committee, said the committee’s president, the Rev. Jean McGraw. The nomination follows a four-month search process and interviews with several potential nominees, coordinated with help from Bishop Clay Matthews of the Episcopal Church’s Office of Pastoral Development.

Bishop vonRosenberg, who has served as provisional bishop for three-and-a-half years, announced in January that he would be retiring after his 2015-2016 calendar of episcopal visitations concluded this month. McGraw said the Standing Committee has asked him to remain in office until his successor takes office, and vonRosenberg has agreed to do so.

“We are looking forward to welcoming Bishop Skip to lead us into the next chapter in our life as Episcopalians in this diocese,” McGraw said. “He has the gifts and skills to help us continue building on the strong foundation we have created together under the leadership of Bishop vonRosenberg.”

“I am excited by the opportunity to serve the people of the Episcopal Church in South Carolina,” Adams said. “Seeking to be as openhearted as possible to the Holy Spirit’s movement, I said to the Standing Committee that this seems like a call from God. I was greatly energized by our conversations and believe that working together in Christ we will build on the good work already being done by God’s people in South Carolina. I also want to say how grateful I am to Bishop vonRosenberg for the excellent leadership he has offered.”

Adams, 63, is retiring later this year as the 10th bishop of Central New York, where he has served for the last 15 years. He had announced in March 2015 his plans to retire from that post, and the search for the 11th bishop is under way. In announcing his retirement, Adams said he planned to be “available to the Church in any way that God’s Spirit may call forth.” (Read Bishop Adams’ letter here)

Based in Liverpool, New York, the Diocese of Central New York has 81 congregations and some 13,000 members.

The South Carolina diocese, which covers the eastern half of the state, consists of 31 parishes, missions and worshiping communities and has an estimated 7,000 members. vonRosenberg was elected at a special Diocesan Convention in January 2013 that was called to reorganize the diocese after a breakaway group and the majority of the congregations announced they had left the Episcopal Church.

“I have known Skip Adams as a fellow bishop for some years,” said vonRosenberg. “His experience, as well as his gifts for ministry, will serve him and the diocese well in the months and years to come.  I look forward to offering him my assistance in facilitating his transition from Central New York to The Episcopal Church in South Carolina.”

Adams was consecrated in October 2001. A native of Baltimore, Maryland, he graduated from Towson University in 1976. In 1980 he earned his Master of Divinity at Virginia Theological Seminary and was ordained in 1980. He went on to serve in churches in New York, Virginia, New Hampshire and Maryland.

During his time in Central New York he worked toward a vision for a diocese of Episcopalians becoming a more deeply faithful people, with all involved in helping to realize a 21st-century vision for the Church.

He enjoys fly-fishing and fly-tying, reading, music of all kinds, camping and canoeing. He is interested in the church and people in El Salvador (the companion Diocese of Central New York), environmental and social issues. Adams’ wife, Bonnie Adams, is a registered nurse, and they have three adult children: Peter, Stephen, and Emily.