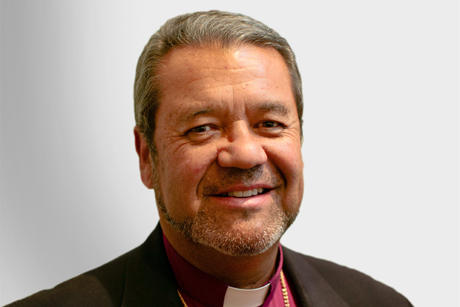 Archbishop of Chile Héctor Zavala has called on church members to “participate and actively be involved” in drawing up a new constitution for the South American country.
Photo Credit: Diocese of Chile

[Anglican Communion News Service] The government of Chile are beginning the process of sifting through 83,000 individual responses after a consultation on a new constitution for the country closed on June 28. Archbishop of Chile Héctor Zavala, primate of the Anglican Province of South America, has called on church members to “participate and actively be involved” in drawing up the new constitution.

“As Christians and as citizens, we are called to be part of the processes of social and cultural changes of our nation, and at the same time, to be agents of light and influence in all spheres of our society,” he said in an open letter. “Therefore, our role is important in this instance of participation.

The archbishop recognized that people within the church would have different views on the constitutional proposals; and that this could be reflected in people’s response to the process, but he hoped that the church would unite “in the same desire that this new constitution may uphold the Christian heritage maintained since the founding of the Chilean Republic.”

He said: “As a church we want our most important legal rule to preserve the values and republican principles which are based in a biblical world-view. This can only be achieved with faith expressing itself through love (Gal 5:6).”

He said that the new constitution should uphold the right to life and human dignity from the moment of conception, freedom of education and religion, and justice and equality for all citizens before the law.

The next stage in the process will be a series of provincial councils, which will be held on July 23.

“This is not a mathematical discussion about how many more or how much less,” Chilean President Michelle Bachelet said in response to the consultation deadline. “What Chile did was open something unprecedented in our history, it was a discussion on how, as a nation, we conceive the role of citizens in our civic life.”