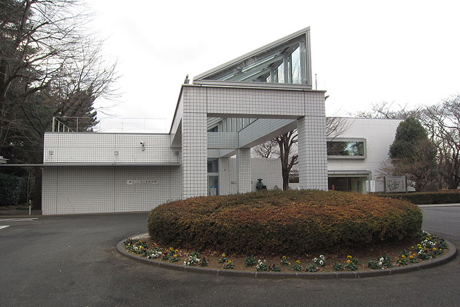 Located next to one of Japan’s remaining leprosy sanatoriums, the National Hansen’s Disease Museum is dedicated to education about Hansen’s disease (leprosy) and to eliminate discriminatory practices against its sufferers. The Anglican Church in Japan, the Nippon Sei Ko Kai (NSKK) has apologised for its part in the isolation and inhuman treatment of sufferers. Photo: Wikimedia

[Anglican Communion News Service] The Synod of the Nippon Sei Ko kai (NSKK), the Anglican Church in Japan,  has issued a public apology for their part in the isolation and inhumane treatment of people with Hansen’s Disease (leprosy).

According to the U.S. National Institute of Allergy and Infectious Diseases, Hansen’s Disease is “a chronic infectious disease that primarily affects the peripheral nerves, skin, upper respiratory tract, eyes, and nasal mucosa.” It is caused by “a bacillus (rod-shaped) bacterium known as Mycobacterium leprae”. Contrary to popular myth, it is not highly contagious.

But for many years it was official government policy in Japan to isolate suffers in closed institutions – even burying the dead within the institutions to prevent the need for outsiders to visit. They even had their own churches and Buddhist temples to negate the need for patients to leave. Marriage was discouraged and those who did marry were forcibly sterilized. Those who became pregnant were made to undergo abortions.

A cure for the Hansen’s Disease was discovered in the early 1940s, but Japan maintained its Leprosy Prevention Law until the mid-1990’s. Before its repeal, patients began a campaign to regain their human rights and freedom from the institutions. But this was rejected by the NSKK who saw it as a “political” campaign and decided that it was “not appropriate” for religious organization like the NSKK to be involved in it.

“It has been 20 years since the repealing of the Leprosy Prevention Law in 1996,” an NSKK spokesperson said. “During this time NSKK has been active in promotion of understanding and taking care of Hansen’s Disease patients and very much involved with good causes linked to patients in the institutions. However, the NSKK has not apologised to the patients.”

The church says that it should not have collaborated with the government policy; and should have learned from the example of two Anglican missionaries who went to Japan with significant knowledge of the disease and a great deal of concern for those with it.

In 1895, CMS missionary Hannah Riddell built a hospital for those with the disease in Kumamoto. And in 1916 United Society missionary Mary Helena Cornwall Legh started the St. Barnabas Mission in the Yunosawa area of, Kusatsu.

Both women were held in high regard and around 10 per cent of the institutions’ population became baptized members of NSKK.

The situation was very different in the government-run institutions. “Some of those who visited patients were very impressed with their faithful life at the institution,” the NSKK Spokesperson said. “On the surface all seemed to be for the patients’ sake, but there was a denial of their human rights [and] they were facing real fear of the disease.

“We did not fully understand the difficulty they experienced but only envied their faithfulness.”

At its synod in 1996, following the repeal of the Leprosy Prevention Law, the NSKK passed a resolution recognizing the lifting of this law; but it did not identify any specific actions to be taken.

“At this same synod another resolution was passed to recognize our wrongful doing against Asian Pacific nations during the Second World War and expressed apologies,” the NSKK spokesperson said. “Yet we did not do likewise for the patients of Hansen’s disease [even though] NSKK was guilty for its action or inaction in supporting the Government’s isolation policy. . .

“The NSKK recognizes that it was our fault not to act sooner and wishes to faithfully express our apologies to the patients. It is very regrettable that despite the solid ministry of Ms. Riddell and Ms. Legh in early encounters with patients, we did not learn from them soon enough.”

Citing the example of Jesus healing the Leper in Mark 1: 40-45, the Synod said that “the NSKK, as an organization, did not do as Jesus taught us.” Instead, it “continued to put [the sufferers] in difficulty and ignored their rights.

“We declare that we are totally responsible for this wrong-doing and apologise that it took so long to realize this.”

In addition to the public apology, the NSKK is launching a public awareness and education program.