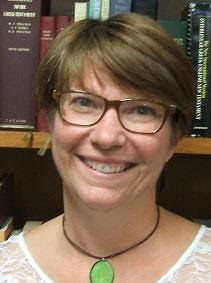 The Digital Missioner for Formation, a new position, is a member of the Presiding Bishop’s staff. As Missioner, Johnson will support the ministry of the Team for Formation and Congregational Development with a focus on online formation, social media and event planning facilitation.

She holds a M.A. in Political Science from The Ohio State University.

“Ministry with youth and young adults is foundational to the Episcopal Church and to the Jesus Movement,” Johnson said.  “I am excited to have the opportunity to support this ministry and the young people of our church as we engage the critical and life-giving work ahead.”

Johnson began her position on June 6.

Johnson can be reached at wjohnson@episcopalchurch.org.