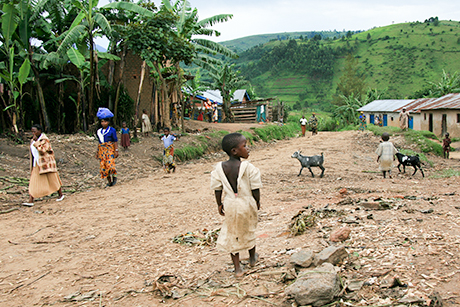 [Anglican Communion New Service] A center to encourage peace and reconciliation among young people is to be built in the heart of a country racked by conflict in the Democratic Republic of the Congo (DRC).

Anglican youth leaders, trainers and government officials meeting last month in Goma in the Diocese of Bukavu, plan to set up the center to promote peace-making and train young people in a range of areas from protecting the environment to income generating skills.

The Rev. Bisoke Balikenga, the national coordinator of the youth department (JCA) of the Anglican Church of the Congo (PEAC) planned the event for young people, Sunday schools workers, teachers and trainers with the aim of increasing their capacity for mission in the future. He said, “We’re especially grateful to Trinity Church, New York, for sufficient funding to make this workshop possible. One of the many resolutions from the event is to build on the land already obtained at Rwampara/Bunia a center specifically for the young people to train youth, girls’ and Sunday school leaders as well as have income generating projects from the buildings and land.”

He said once sufficient funds were raised the center would be a fully operational multi-faceted center for peace, vocational training and an activity center for the youth of Bunia.

The advisor to the provincial minister of education, youth, family and children for the Province of North-Kivu congratulated the National Youth Department of the Anglican Church on bringing together youth leaders from across the country in order to encourage a spirit of peace and reconciliation, of creativity and entrepreneurship as well as an understanding of the importance of looking after the environment.

In her speech, she underlined the importance of youth as the principal actors in bring change as they represent the majority of the population.  She requested that another conference be arranged as soon as possible to overcome the conflict between the different groups of young people in Goma.

Subjects discussed at the event included a range of issues from sexual violence and abuse of girls and forced marriages, to conflict and tribalism and climate change and health care.

Archbishop Kahwa Henri Isingoma was also present at the opening and said the youth should have a holistic mission, developing in all areas including spiritual, mental, physical, social, economic and cultural.

The meditation was led by the Rev. Kahwa Njojo based on “the world upside dow” and looking at how people live today, dispersed, with inequality between the rich and poor and man and woman, egoism and with no future for young people.

Among the range of outcomes from the event were plans to enable young people to manage and resolve conflict peaceably in order to reduce conflicts within the community and helping them establish and reinforce peace between young people so that they become actors of peace in their communities. A number of training, evangelism and income generating resolutions were also agreed on as a future strategy over the next year for the youth in each diocese.