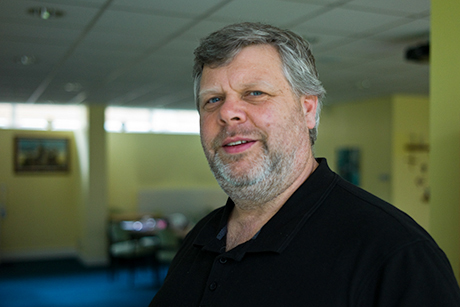 The Rev. Phil Groves will leave his role as director of the Anglican Communion’s Continuing Indaba project in July to become associate rector in the Wychert Vale Benefice. Photo: Anglican Communion News Service

[Anglican Communion News Service] The Rev. Canon Dr Phil Groves, who for the past 10 years has led the Anglican Communion’s Continuing Indaba conflict transformation and reconciliation ministry, is to leave his post at the end of July to return to parish ministry.

Groves will become associate rector in the Wychert Vale Benefice in the Church of England’s Diocese of Oxford. The Benefice combines the parishes of Haddenham, Stone with Dinton and Hartwell, Cuddington, Kingsey and Aston Sandford.

“My wife needs me to stop traveling,” he joked as he explained why he was taking up his new role. “I have done 10-and-a-half years in the Anglican Communion Office (ACO) and we need a new focus and a more settled part of life.” He had “missed not being part of parish evangelism and how we nurture and disciple people of all ages,” he said.

Groves described the move as the fulfillment of “a real call to return to parish ministry” but says that he will continue “writing and thinking on areas of reconciliation and conflict transformation” and to living that out in a parish as well as a global context. He hopes to continue serving as a member of the Anglican Peace and Justice Network.

“Phil is a popular member of the team at the ACO and will be sorely missed. I wish him every success in his new role and pray God will continue to bless his ministry.”

Describing his work as the director of Continuing Indaba, he said that the work was not so much about creating safe spaces, but leading people to dangerous places safely.

A frustrating aspect of the process was “when people become afraid and return to the safety that they know and go back to managing a conflict because in managing it, it was okay.”

Describing the difference between conflict management and conflict transformation, he said: “Westerners are really good at managing conflict: our football grounds are well managed into segregated area; but the conflict isn’t transformed so that people of different football clubs can sit side by side and enjoy the competition. They still have to be kept apart.

“That is conflict management, but it isn’t conflict transformation.”

Through the Continuing Indaba process, Groves said that he had seen “with joy” the breaking down of barriers and walls when “people are prepared to make remarkable journeys to greet people who are perceived as enemies.”

“I have seen the excitement in people’s eyes in discovering how, when they read the scriptures, they are reading the story of reconciliation,” he said. “And that in following that way, they can find reconciliation even in the hardest of contexts [where there has been] long term, long-standing strife.”