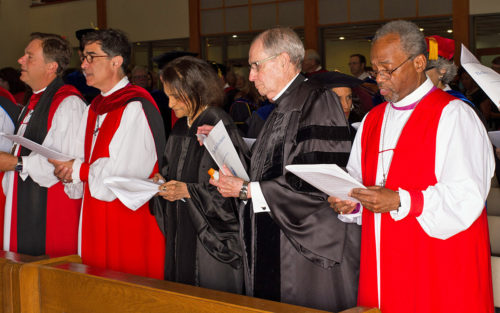 On May 23, the seminary celebrated Evensong in Christ Chapel on the seminary campus. Dean and President Cynthia Briggs Kittredge preached the homily and presented each graduate with a seminary cross designed many years ago by prominent Texas jeweler, James Avery. A reception honoring the graduates followed the service.