[The General Theological Seminary press release] The General Theological Seminary has announced the next recipients of its Doctor of Divinity degree, honoris causa, to be conferred at the 194th Commencement ceremonies on May 11, 2016. Three distinguished leaders will receive the honorary degree: the Rt. Rev. Santosh K. Marray, A. Gary Shilling, and the Rev. Becca Stevens.

“We are delighted to be honoring these great disciples of Christ whose witness and wisdom inspire the entire General Seminary community, students, faculty, trustees and alumni,” states the Rev. Timothy A. Boggs, Chair of the Honorary Doctorate Committee.

The Very Rev. Kurt H. Dunkle, Dean and President, adds, “These three candidates represent the great strengths of The Episcopal Church, and we are proud to honor them at General Seminary. From life-long lay service to holy activism to broad Anglican Communion leadership, the achievements we are honoring are emblematic of the diversity of accomplishment in our church and at General. I suspect Jesus is proud!” 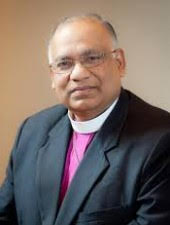 The Rt. Rev. Santosh K. Marray, Assistant Bishop of the Diocese of Alabama, has also served five other dioceses, Guyana, The Bahamas, Florida, Seychelles and East Carolina; and three provinces of the Anglican Communion, the West Indies, The Episcopal Church, and the Indian Ocean. Prior to his call to be the Assistant Bishop of Alabama, he served as Bishop Assisting in the Diocese of East Carolina. Marray’s first episcopate was as Bishop of the Anglican Diocese of Seychelles, Province of the Indian Ocean. He was elected to the position in February 2005 while serving as Rector of St. Philip’s Episcopal Church, Jacksonville, Florida.

During his time as Bishop of the Seychelles, the diocese witnessed significant restoration of several diocesan buildings; renewal in its spiritual life, mission, ministry and witness to the community; lay and clergy empowerment; and strengthening of its financial sustainability. It effectively became a healthier and more viable church; including advocating in the province for the ordination of women to the priesthood. Marray was the first bishop to ordain a woman to the priesthood in the Province of the Indian Ocean. He describes his ministry in the Seychelles as a call from God he could not resist, especially if he were to remain faithful to his vows and love for Jesus and his Church. As Bishop of Seychelles, he gained the respect, trust and confidence of many in the nation, including government leaders—as a bridge builder and reconciler.

In pastoral ministry, Marray has served in nearly every possible parochial setting, including rural multi-church parishes; urban, inner city, suburban settings; and in the hinterland in Guyana. He has witnessed the revival and growth of many struggling congregations, restored and/or built several parish edifices, and led a number of successful capital campaigns. He is a strong advocate for the gospel of reconciliation, and God’s love and salvation for all persons. Marray has travelled extensively across the Anglican Communion in mission and ministry, and his work in community service, social outreach, and justice extend across many countries and communities. He has the distinction of being the first West Indian of East Indian ancestry to be elected and consecrated bishop in the Anglican Communion, and to serve as bishop in both the eastern and western hemispheres. 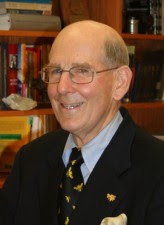 A. Gary Shilling is an economist and columnist for Forbes Magazine. He has been an enthusiastic and generous supporter of General Seminary and is a consummate lay Episcopal leader. He is a past member of the General Seminary Board of Trustees and is Founder and Chair of the Board of the Episcopal Preaching Foundation (EPF) which actively seeks opportunities to partner with Episcopal dioceses to plan, staff, and conduct preaching conferences for priests, deacons, and lay preachers at the local and regional level. EPF sponsors the annual Preaching Excellence Program (PEP) where deans and homiletics professors from the Episcopal seminaries, as well as other institutions, prepare students for Episcopal ordination and select 50 to 60 seminarians who show promise in preaching. These seminarians spend an all-expense-paid week honing their preaching skills, led by four or five homiletics professors, an equal number of skilled parish preachers, a faculty dean, and well-known guest lecturers.

Shilling has written several well-received books on economic development and investment strategies and has drawn praise for his sometimes-contrarian economic forecasts. He holds a master’s degree and a Ph.D. in Economics from Stanford University and is the president of the A. Gary Shilling Co. In May 2009, Shilling received an honorary Doctor of Canon Law degree from Sewanee in recognition of his efforts as an Episcopal layman.

The Rev. Becca Stevens is an Episcopal priest, author, speaker, and social entrepreneur. In all of her work, she proclaims love as the most powerful force for social change. She currently serves as Chaplain at St. Augustine’s Chapel at Vanderbilt University, and is the founder of Magdalene—residential communities of women who have survived prostitution, trafficking and addiction. In 2001, Stevens founded Thistle Farms, which employs nearly 50 Magdalene residents and graduates, as well as housing a natural body care line, a paper and sewing studio, and the Thistle Stop Café. In all she does, Stevens demonstrates that love is good business and is able to raise millions of dollars annually for the organizations she supports in the United States and internationally.

Stevens is a prolific writer, authoring several books, and she has been featured in The New York Times, Huffington Post, ABC World News, NPR, PBS, CNN, and Southern Living. In 2011, She was named by the White House as one of 15 selected Champions of Change in the Working to End Domestic Violence category. Stevens was recently named 2014 Humanitarian of the Year by the Small Business Council of America, and has been inducted into the Tennessee Women’s Hall of Fame. She has been conferred an honorary doctorate by Sewanee: The University of the South.