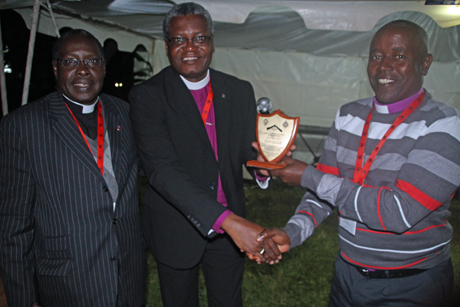 [Anglican Communion News Service] Youth projects in the Anglican provinces of Kenya and Rwanda have been chosen by African Anglicans to receive the first of a new set of Anglican Communion awards in recognition of their success in youth discipleship.

One award will recognize the success of an existing project while the other will receive a cash grant of £10,000 GBP to support innovative and embryonic schemes.

The first winners were announced last night at a dinner hosted by Bishop of Lusaka David Njovu and the Diocese of Lusaka for members of the ACC and local Christians in the grounds of the Cathedral of the Holy Cross.

Explaining the thinking behind the award, the chair of the ACC, Bishop James Tengatenga, told those present at the dinner that the former official youth work network of the Anglican Communion had come to a close and that the area work had been transferred to the communion’s mission department. Discussions had taken place about how youth work could be supported and reinvigorated and the concept for the award was developed.

The Council of Anglican Churches in Africa (CAPA) – the regional grouping of Anglican provinces on the continent – chose the Anglican Students’ Fellowship (ASF), a movement of Anglican students in colleges and universities for the recognition award.

The ASF, under the umbrella of the Kenya Anglican Youth Organisation (KAYO), nurtures Anglican students to act as role models for their peers and supports them through discipleship. It also ensures Anglican students remain connected to local churches while they are at universities. Its wide ranging program also includes the promotion of Christian values amongt the students and encouraging them to “collectively give back to our community and local churches.”

The Bishop of Nairobi Joel Waweru, one of the Kenyan members of the ACC, received the award from Tengatenga.