Archbishop of Canterbury Justin Welby learned recently by way of a paternity test that his father was the late Sir Anthony Montague Browne rather than Gavin Welby, as he and his mother believed. Photo: Reuters

[Episcopal News Service – Zambia, Lusaka] The second day of the Anglican Consultative Council meeting here got off to a strange start when the members were read a statement from Archbishop of Canterbury Justin Welby that he had learned the true identity of his biological father.

The Telegraph newspaper reported April 8 that while Welby had always assumed he was the son of Gavin Welby, who was married briefly to his mother Jane Williams, a recent paternity test showed that his father was instead the late Sir Anthony Montague Browne, Sir Winston Churchill’s last private secretary. The Telegraph’s lengthy story broke overnight local time here.

“This comes as a complete surprise,” Welby said in the statement which was read April 9 before the council’s daily Bible study by Bishop of Lambeth Nigel Stock.

Welby said in his statement that “in my life and in our marriage Caroline and I have had far worse.” The Welbys’ seven-month-old daughter was killed in a car crash in France in 1983.

“I know that I find who I am in Jesus Christ, not in genetics, and my identity in him never changes,” he said in the statement. “Even more importantly my role as archbishop makes me constantly aware of the real and genuine pain and suffering of many around the world, which should be the main focus of our prayers.”

Welby said that his experience in learning about his biological father “is typical of many people.”

“To find that one’s father is other than imagined is not unusual,” he said in the statement. “To be the child of families with great difficulties in relationships, with substance abuse or other matters, is far too normal.” 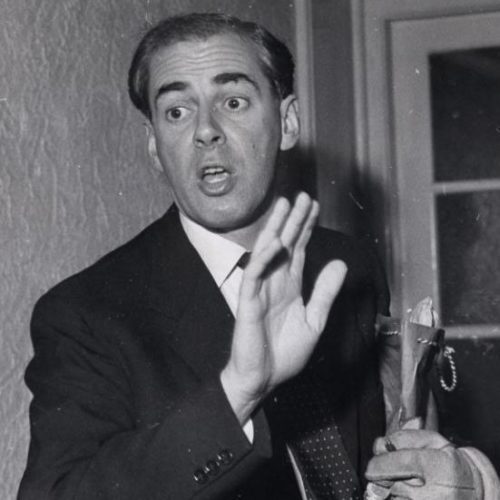 The Telegraph said that it had pieced together information pointing to Browne as Welby’s father and discussed that evidence with the archbishop, who then decided to take a paternity test. The paper reported that Welby’s mouth swabs were compared with hair samples from Browne and showed a 99.9779 per cent probability that they were father and son.

Lady Montague Browne, who worked as personal secretary to Churchill’s wife, Clementine, and became Sir Anthony’s widow in 2013, suspected her husband was Justin Welby’s father because of the unmistakable resemblance between the two, according to The Telegraph. Shelagh Montague Browne still had some of her husband’s hairbrushes, which contained some of his hair on them, thus providing evidence for a DNA test.

For centuries, Church of England canon law men born what was termed “illegitimately” were barred from becoming archbishops but a change in the 1950s ended that prohibition, The Telegraph said.

Welby’s 86-year-old mother, who carries the title of Lady Williams of Elvel, said in a statement of her own, that “fueled by a large amount of alcohol on both sides,” she had slept with Sir Anthony “in the days leading up to my very sudden marriage.” However, she never realized that Sir Anthony was Justin Welby’s father, the paper said.

“It appears that the precautions taken at the time didn’t work and my wonderful son was conceived as a result of this liaison,” she said. “My beloved husband Charles Williams and I have enjoyed a loving and stable marriage from 1975 to the present day. With that stability and love I have been able to blossom as never before.”

She said that she had “watched Justin, from an almost impossible childhood (Gavin was alcoholic as well), grow into what he is today, marry his beautiful wife Caroline in 1979 and see his children and now grandchildren grow up around them.

“As a family we are truly blessed. But none of this would have been possible without our firm Christian faith and a determination never to relinquish hope. God has given us so much and my gratitude knows no bounds.”

Welby said in his statement that his mother has been in recovery since 1968, and has not touched alcohol for more than 48 years. “I am enormously proud of her,” he said. She served on the Parole Board, as a magistrate, as a member of a board of visitors of a prison and as a deputy lieutenant for Greater London.

Jane was married to Gavin Welby, a whisky salesman and son of a Jewish immigrant, for three years, according to The Telegraph. The newspaper described him as a “chancer,” or a confidence man, who was born Bernard Gavin Weiler and made himself out to be more than he was. The Telegraph’s biography of Gavin Welby includes the fact that the 50-year-old later fell in love with the 23-year-old actress Vanessa Redgrave. Her father, Sir Michael Redgrave, persuaded her to break it off.

Welby, who was Jane Williams’ only child, learned through the test that he has a half-sister, Jane, who is three years older and whom he has not yet met, The Telegraph said.

As a boy, Welby had met Browne when he and his mother worked at Downing Street, according to The Telegraph. Much later, Browne wanted to meet Welby, who agreed. But Browne died just days after Welby’s 2013 enthronement as Archbishop of Canterbury, The Telegraph reported.

On April 7, Welby hinted that something was afoot in his life when he addressed 50 young people from South Africa, Swaziland, Lesotho, Angola, Namibia, Mozambique, Zambia, Zimbabwe, Malawi and Botswana.

In an accompanying opinion piece, The Telegraph said that Welby’s story, including his response, “is better than a thousand sermons.”

Welby spoke with media on April 10 about the DNA revelations. The video of that interview follows:

Editor’s note: An earlier version of this story said in the lead that Archbishop of Canterbury Justin Welby had been born illegitimately. That sentence has been recast to remove the term illegitimate. The sentence concerning canon law was also recast.