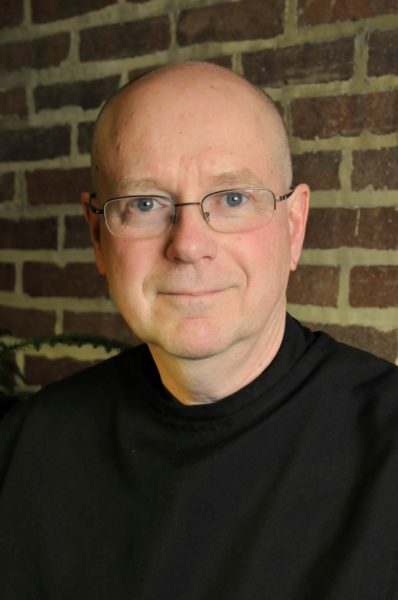 The outgoing superior, Br. Geoffrey Tristram SSJE said, “When I became superior six years ago the monastery was under renovation. At that time I quoted the founder of our society Richard Meux Benson, ‘If we let people see we are living upon a truth, and loving it, they will soon catch the life.’ We gave thanks to God, as we reopened the monastery doors and welcomed our friends back in and new friends joined us online. We have welcomed five men who have made SSJE their home as monks. As men of prayer, our desire is that you know you are loved by God, and that has been my daily prayer.”

Koester said, “I look forward to building on my Brother Geoffrey’s work to connect with and welcome the next generation of faithful in our church and new brothers in our home. At a time when the our church looks for renewal, I will continue our society’s mission, as it says in our rule, to help men and women “to learn to pray their lives.”

Koester was born in Regina, Saskatchewan, Canada. He received his MDiv from Trinity College, Toronto. He was ordained in Anglican Church of Canada in Diocese of British Columbia in 1985. He served in parish ministry for five years before coming to SSJE. Was professed as a brother in 1992. He served in a variety of roles including deputy superior and brother in charge of Emery House, during his time there Grafton House was opened for monastic interns, men and women.

He is the author of “Living in Rhythm, Following Nature’s Rule” and is an avid gardener.  He believes monastic communities have a vital role to play in the renewal of Jesus’ teaching of the Way.