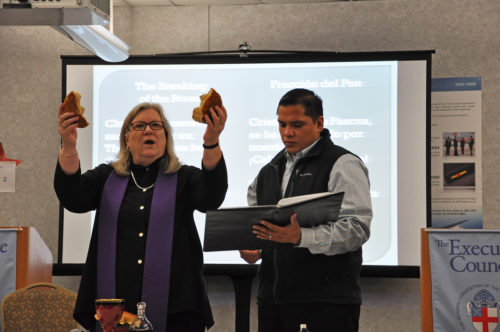 [Episcopal News Service – Fort Worth, Texas] The shape, scope and structure of the Episcopal Church’s pledge to address racism, practice reconciliation and become a church of evangelists has begun to be built, the Executive Council learned at its Feb. 26-28 meeting. And the council put some important pieces of that work into place.

In doing so, council began living into a call to action sounded at General Convention last summer. During the meeting, council members “focused greatly on fleshing out how we as a churchwide community will engage the work of evangelism and racial reconciliation,” Presiding Bishop Michael Curry said during a post-meeting news conference, adding that council joyfully embraced that work.

The General Convention in July adopted a 2016-2018 triennial budget that included $3 million for starting new congregations with an emphasis on assisting populations, including Hispanic communities, $2.8 million for evangelism work and a major new $2 million initiative on racial justice and reconciliation.

“The Episcopal Church, meeting in a community of governance, was led to consider and embrace a different form of vocation in the life of the Episcopal Church, and that’s what we’re doing,” the Rev. Gay Clark Jennings, House of Deputies president and council vice president, said of General Convention’s actions during her closing remarks. Now council is “working hard to provide infrastructure” for the convention’s decision that the Episcopal Church has “a vocation to evangelism, reconciliation, church planting.”

Council, she said, is figuring out “how we as a church will live out this new manifestation of a corporate vocation.”

It was clear during the course of the meeting that while racial justice and reconciliation and evangelism efforts might be separate line items in the triennial budget, they are all closely tied together when it comes to reaching a “world crying out for the good news of a God who is in the business of loving and blessing and making whole the broken people and broken systems of this world,” as the Rev. Canon Stephanie Spellers described it in her Feb. 28 sermon during council’s Eucharist.

Spellers, canon to the presiding bishop for evangelism and racial reconciliation, outlined the emerging plans that include an “evangelism summit” that would be the first step in building a network of evangelists across the church. There are planned initiatives in digital evangelism, including finding “ways to create meaningful links with people online [by] listening to their deepest longings and questions” and training Episcopalians in using social media for evangelism. The plans envision an experiment with Episcopal revivals that would, in part, “train local teams to practice relational evangelism and deep listening with their neighbors, schoolmates, friends, co-workers,” she said. 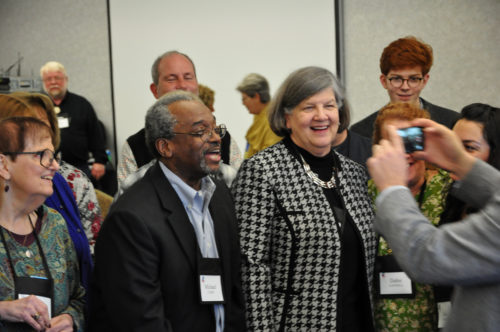 Council also heard how Curry, Jennings, the vice presidents of the House of Bishops and House of Deputies, several staff members and other leaders throughout the church met earlier this month to begin developing a plan for racial reconciliation work that will be rooted in listening. “A whole church engaged in truth-telling and story-sharing, listening to diverse neighbors and engaging in mutual transformation” is how Spellers described it.

And council helped to set in motion plans to expand the church’s efforts in church planting and developing new ways of building and nurturing faith communities.

Council passed a 2016 budget that included allocations for many of the new initiatives. That budget is due to be posted here soon.

“We covered an amazing amount of ground and learned about the wide variety of potential ministries before us,” the Rev. Susan Snook, chair of council’s committee on local mission and ministry, said during her report to the Feb. 28 plenary. “It’s a great time to be an Episcopalian and it’s a great time to be part of the Jesus Movement.”

Episcopal News Service plans additional coverage of the emerging details of these efforts in the coming days. 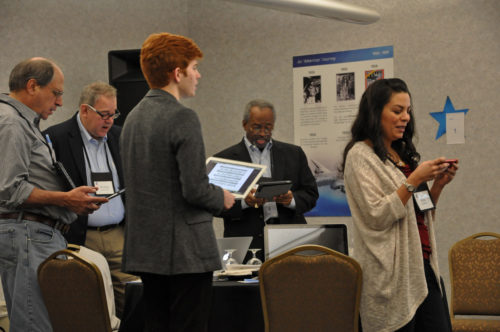 A summary of resolutions council passed during the meeting is here.

Previous ENS coverage of the Fort Worth meeting is here.

Council next meets June 8-10 at the Oak Ridge Hotel and Conference Center in Chaska, Minnesota, southwest of Minneapolis.