[Episcopal News Service – Linthicum Heights, Maryland] The Episcopal Church Executive Council Nov. 15 began its ministry of leadership for the 2016-2018 triennium being called to lead the Jesus Movement and help the church to stretch and change to meet the challenges it faces.

Presiding Bishop Michael Curry recalled for the council the feeling of accomplishment and direction when General Convention ended in Salt Lake City on July 3. “There was a sense coming out of the convention that we just did something that mattered,” he said in his opening remarks. “I think there was common vision, common sense of mission.”

He called it a clarion call and “we all heard it and we heard it together.”

Evangelism, racial reconciliation and the Jesus Movement are names that have been given to that call, Curry said. And it is a call that “gives us just an enormous opportunity as the Executive Council of the church, as its board if you will, to join together in providing some leadership and shared leadership in following Jesus.

“It gives us clarity and clarity makes all the difference in the world. At least you know where you are going even if the storms are around you; [and] have a sense of here’s where we’re going together.” 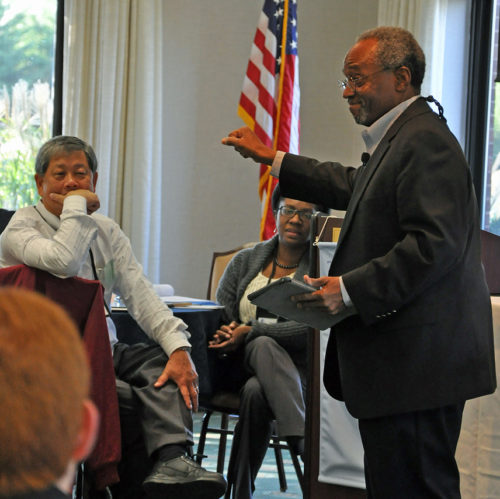 Curry told the council he wants to expand on that clarity in two ways. First, between now and council’s Feb. 26-28 meeting, he said he will work with his staff to propose a design for how all the parts of the staff and the council will work together, “how we work together, how our diverse parts might work together going forward in the work of evangelism and racial reconciliation, and in all we do.”

Citing Curry’s leadership as presiding bishop, the General Convention’s commitment to evangelism and racial reconciliation, its reorganization of the budget and a change in the way dioceses fund churchwide work, the Rev. Gay Clark Jennings, president of the House of Deputies, said, “The stage is set this triennium for us to participate more clearly, more fully, more wholeheartedly in God’s mission for The Episcopal Church.”

However, she said in her opening remarks, the church needs “some remedial discernment work” in which it “think[s] again about God’s mission for The Episcopal Church in our time.” Research done by Matthew Price, vice president of research and data for the Church Pension Fund, shows that of congregations that had one clergy person in 2006, 30% had no clergy person in 2013, she noted. “So if the old model of a dedicated building with a full-time priest is required for us to do God’s mission, we’re in trouble,” Jennings warned. 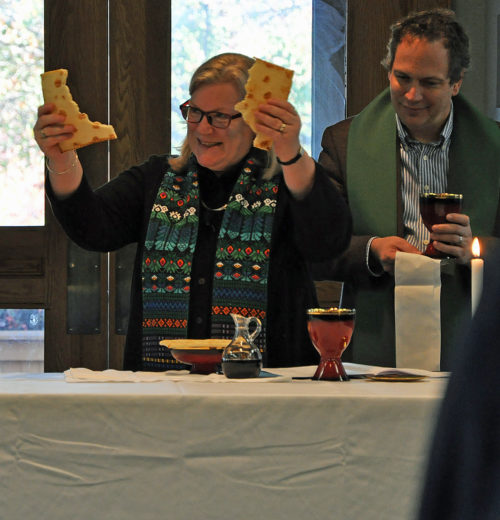 Thus The Episcopal Church finds itself “crossing some new threshold we had never anticipated,” in the words of poet John O’Donohue, Jennings said. And, she said, there are two ways to think about that sort of change.

“If we think about crossing the threshold as guardians of the institution of the church, pretty much everything looks like loss and decline,” she said. “It’s depressing to think about change in the church this way, and I don’t recommend it. And it doesn’t really seem like the path to discerning God’s mission.”

Instead, she urged council to stand on the threshold “as people who are secure in our identity as children of God in The Episcopal Church.”

“The world might swirl around us, but we know who we are, and we can stretch our identity to accommodate the changes we need to make,” she said. “God knows who we are as the people of God in The Episcopal Church, and God knows it’s not about buildings or full-time clergy or social status or endowments. And because God knows those things, I believe God has a new mission for us.”

The Nov. 15-18 meeting is taking place at the Maritime Institute Conference Center.

The Executive Council carries out the programs and policies adopted by the General Convention, according to Canon I.4 (1)(a). The council is composed of 38 members, 20 of whom (four bishops, four priests or deacons and 12 lay people) are elected by General Convention and 18 (one clergy and one lay) by the nine provincial synods for six-year terms – plus the presiding bishop, the president of the House of Deputies and the vice president of the House of Deputies.