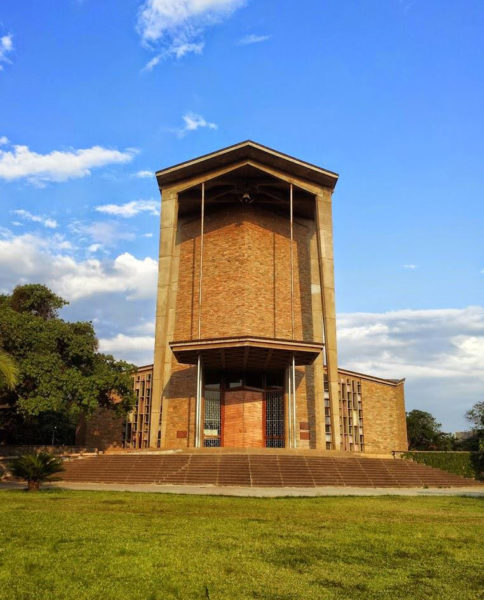 The Cathedral of the Holy Cross in Lusaka, Zambia will host over 100 members of the Anglican Consultative Council for its 16th meeting next April. Photo: Lusaka Cathedral

[Anglican Communion News Service] More than one hundred lay people, priests and bishops will gather next April in Zambia for the 16th meeting of the Anglican Consultative Council (ACC).

The Anglican Communion Standing Committee and the Church of the Province of Central Africa have started the preparations and consultation process for the next year’s meeting taking place in the Cathedral of the Holy Cross, Lusaka, on April 8-20.

The overarching theme for the meeting is to be “Intentional Discipleship in a World of Differences.” This is in response to the challenges facing the church today of articulating our faith in a way that can apply it to Christian ethics in all spheres of life. The theme was commended by the archbishop of Canterbury and approved in the recent meeting of the Standing Committee of the Anglican Communion.

A number of further priorities for the ACC agenda were identified earlier this year in Dublin in a consultation with provincial Secretaries who were representing various member churches of the Anglican Communion. Mission and evangelism, environment and climate change, refugees and migrants, reconciliation and difference are among the main topics identified in the consultation. The detailed ACC program is still being developed.

The local launch of the ACC-16 will take place in a dedicated service in Lusaka Cathedral on Nov. 29 and will gather representatives from all the dioceses in the Province of Central Africa (Botswana, Malawi, Zimbabwe and Zambia). The Secretary General of the Anglican Communion, the Most Rev. Josiah Idowu-Fearon, will preach at the service and a video message from the Archbishop of Canterbury Justin Welby will also be shown.

The new logo designed for ACC-16 has as the central image the iconic shape of the roof of Lusaka Cathedral. The colors used in the image are all the colors in the flags of Botswana, Malawi, Zimbabwe and Zambia – the countries of the dioceses that make up the Church of the Province of Central Africa. The cross in the logo is in the style of the one over the nave altar in Lusaka Cathedral.

The role of the ACC is to facilitate the cooperative work of the churches of the Anglican Communion, exchange information and help to co-ordinate common action. It advises on the organization and structures of the communion, and seeks to develop common policies with respect to the world mission of the church, including ecumenical matters.

The Anglican Consultative Council is one of the four instruments of the Anglican Communion, together with the Archbishop of Canterbury, the Primates Meeting and Lambeth Conference. It is the most representative bodies as it includes lay and ordained members. Each province, depending on its size, has one to three representatives.

The Anglican Consultative council meets every three years in different parts of the world. There have been fifteen meetings of the Council. The last meeting, ACC-15, was held in Auckland New Zealand in 2012.