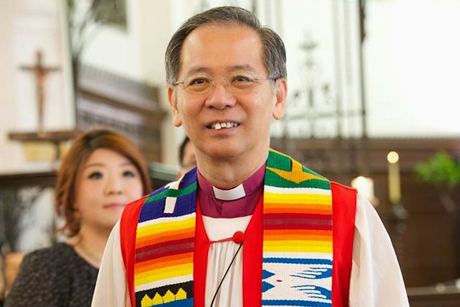 [Anglican Communion News Service] The Rt. Rev. Datuk Ng Moon Hing, bishop of West Malaysia, was elected primate of the Anglican Church of South East Asia during an extraordinary meeting of the Provincial Synod on Sept. 2 in Sandakan, Sabah.

He will be the fifth archbishop to serve the province, which comprises the dioceses of Kutching, Sabah, Singapore, and West Malaysia.

Provincial Secretary Leonard Shim announced that Archbishop-elect Ng Moon Hing’s term of office will begin in February 2016 and continue to 2020.

Ng Moon Hing had made major contributions to Anglican mission and evangelism both regionally and globally and as chair of the Anglican Witness core group continued to be instrumental in promoting a communion-wide emphasis on intentional discipleship, the general secretary added.

Ng Moon Hing will succeed the Most Rev. Bolly Lapok as primate.