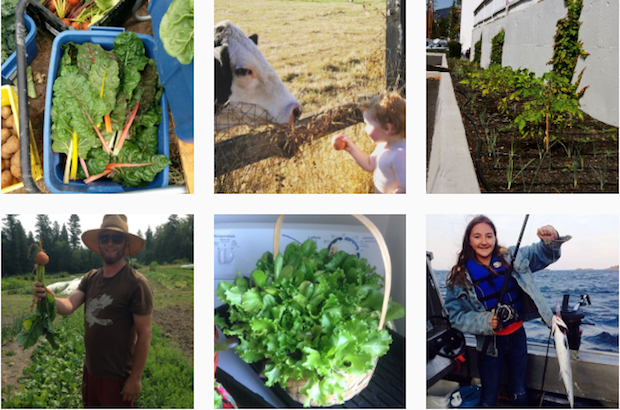 [Anglican Journal] In a photograph, Zaida Bastos, Canadian International Development Agency (CIDA) program manager at the Primate’s World Relief and Development Fund (PWRDF), and a group of proud, smiling farmers in Rugombo, Burundi, are holding up freshly picked eggplants. What is not readily apparent in the picture is that the farmers are HIV-positive.

With that in mind, the eggplant takes on an entirely new significance. The antiretroviral drugs used in the treatment of HIV must be taken with food; without it, the drugs can be fatal. From the farmers’ perspective, food security is not simply a matter of producing enough food to eat, but also of being able to safely take a medicine essential to their long-term health and wellness.

It was with issues such as this in mind that justGeneration.ca, the youth initiative of PWRDF, launched its first four-week photo contest focusing on food security, using Instagram, a free online photo/video-sharing social network platform. (PWRDF is the relief and development arm of the Anglican Church of Canada.)

The photograph of Bastos and the farmers was submitted to the contest, aimed at encouraging Canadian youth in general and Anglican youth in particular to reflect on the global issue of food security.

Food security was broadly defined at the World Food Summit of 1996 as existing “when all people at all times have access to sufficient, safe, nutritious food to maintain a healthy and active life.” On a more immediate, and more personal level, PWRDF communications co-ordinator Simon Chambers defines food security as “not wondering where your next meal is coming from. You have either enough food that you grow yourself, or enough money to buy food without having to give up other necessities.” 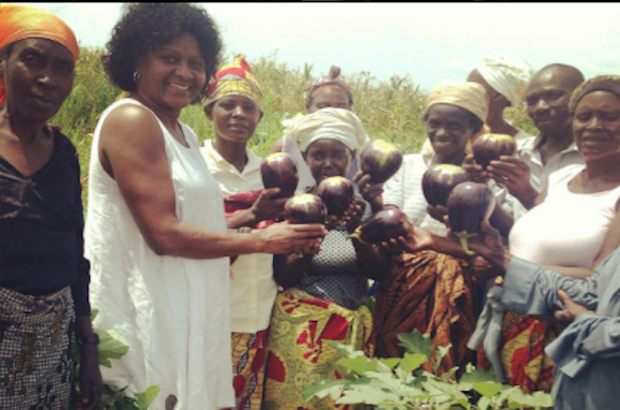 PWRDF staff Zaida Bastos (2nd from left) stands with a number of farmers holding freshly picked eggplants. The farmers, who are HIV-positive, are part of a PWRDF-supported farmers’ association in Rugombo, Burundi. Photo: Contributed

Each of the contest’s four weeks was dedicated to a particular food-related theme, which included “comfort foods,” “eating together,” “how it’s made” and “farm fresh.” Participants were tasked with submitting pictures that best represented each week’s individual theme, with a thank-you gift awaiting the week’s top three submissions.

The themes were selected in part because of the ease by which they could segue into a broader dialogue about food security. The order in which they appeared was also specifically designed to elicit a progressively deeper, more challenging discussion as the weeks went by, said Flora Yu, an intern at justGeneration.ca who helped create and implement the contest. “‘Comfort foods’ is an easy introductory theme. There are more people involved with ‘eating together,’ but you can fairly easily take photos that fit into that theme,” she said. “Further down, you have ‘how it’s made,’ where we go deeper into the process of food production and preparation…and then at the end, with ‘farm fresh,’ we challenge our participants to go straight to the source of where their food originates.”

The contest was met with a positive reception, with pictures being submitted from coast to coast across Canada. And while the contest was aimed primarily at the youth demographic, justGeneration.ca saw participation from a wide variety of age groups. Submissions ranged in content from shots of double cheese and bologna grilled sandwiches (“comfort foods”), to a staff breakfast at Sorrento Centre (“eating together”), to a recipe for fresh meadow tea (“how it’s made”), to the community garden at St. Michael and All Angels Cathedral in Kelowna, B.C. in the diocese of Kootenay (“farm fresh”).

Particularly effective in tandem with Canadian submissions, said Yu, were pictures—such as the “farm fresh” submission from the farming co-operative in Rugombo—submitted from international communities by people in PWRDF’s development and communications teams. “Those images tell a story about the international communities we’re working with,” said Yu. “A key to helping people understand and reflect more deeply on the global issue of food security is to get them to make connections between stories from abroad and local Canadian stories that are more personal to them.”

One of justGeneration.ca’s objectives with the contest was to prompt a discussion about the meaning of food security in Canada as compared to other countries around the world. The presence of international pictures was an essential part of that conversation.

Yu hopes to see the contest take further strides next year, and said that with the strong response she sees potential for an annualized format. “We need to continue to share people’s stories and help them realize the many meaningful ways in which they are connected to our work.”