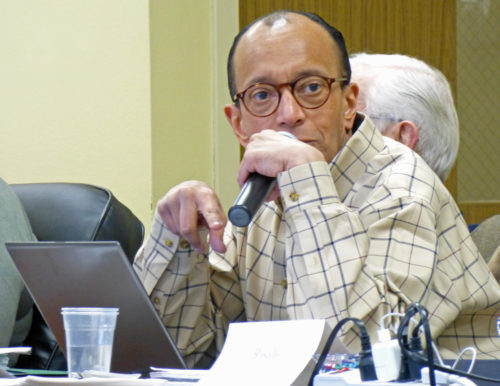 [Episcopal News Service — Salt Lake City] Kurt Barnes will remain the treasurer of the General Convention after the House of Bishops voted to re-elect him on June 30.

In the event that the houses don’t concur on the election of the treasurer, the current incumbent retains his or her position.

Barnes’ career has spanned finance and investment in for-profit and not-for-profit organizations. Barnes has worked as a RAND Corporation economist, a Time Inc. corporate planner, an editor of Fortune Magazine, an Inco Limited finance officer, and with Morgan Stanley Asset Management. He has assisted Amnesty International in restructuring its financial management and investment committee.

“I have a passion for efficiency and effectiveness in carrying out God’s mission, which means recognizing the fiduciary responsibility to work collaboratively for the entire church, without favoring individual groups, and while avoiding duplication of activities,” Barnes said in the Joint Standing Committee on Nominations’ report to convention. “I hope that with patience and the ability to explain complicated subjects simply, I can continue to serve the church in multiple roles.”

Every regular meeting of the General Convention elects a treasurer who may also be treasurer of the Domestic & Foreign Missionary Society.