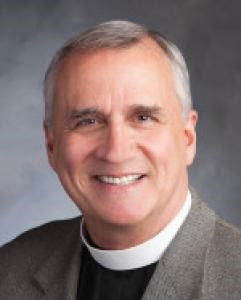 Boyd assumes this position as Director of Development Elizabeth Lowell announced her retirement. A search for a permanent director will begin immediately after General Convention.

“We are greatly thankful to Elizabeth for her efforts in creating a sound foundation in the Development Office, and for all the fundraising activities she has engaged in for the Church,” Sauls commented.  “We are fortunate that David, with his experience, leadership ability, and pastoral skill will continue to advance the important work of the Development Office.”

As Interim Director, Boyd will lead the development office staff as they focus on cultivating major prospects with a concentration on the Episcopal Diocese of Haiti, Navajoland and the Archives Project.

Boyd has served churches in the Dioceses of Texas, Lexington, Milwaukee, and West Missouri. Additionally, Boyd has extensive experience in fundraising, capital campaigns and donor solicitation. He is a graduate of Nashotah House Theological Seminary, and Southern Illinois University.

Boyd is based in Austin, Texas. He can be reached at dboyd@episcopalchurch.org

The Episcopal Church values diversity of culture and thought and seeks talented, qualified employees regardless of race, gender, national origin, religion, sexual orientation, disability, age or any other protected classification under Federal, State or Municipal law as well as the Canons of The Episcopal Church and resolutions of the Episcopal Church General Convention.  We are proud to be an Equal Employment Opportunity and Affirmative Action Employer.