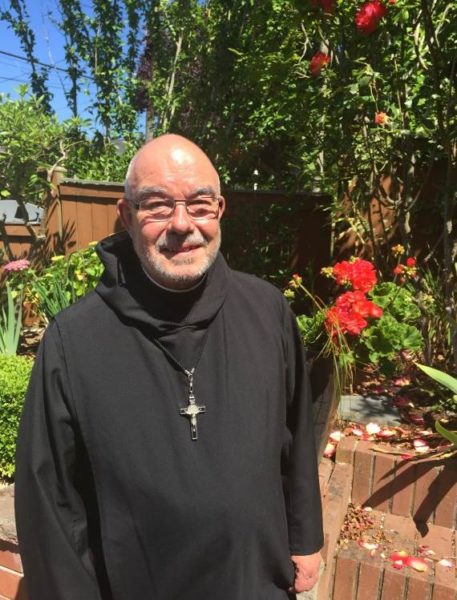 Brother Basil Edwards, OSB was elected by the professed membership of the Benedictine Community, The Companions of St. Luke – OSB to be their Abbot for the next five years.

The constitution of the Companions of St. Luke requires that the superior serves a single five year term.  Abbot Basil who follows Abbot Robert Cotton, OSB assumed his role immediately upon election on May 27, 2015.

Abbot Basil, OSB entered the community in 2008 and was solemnly professed in 2014.  He is a member of St. Paul’s parish in Seattle, where he serves on the Evening Prayer teams, sings in the choir, and is participating in discernment committee for a candidate for the priesthood. He has served the parish in several different liturgical roles, including serving at the altar for both Sunday and Weekday Holy Eucharist, Lecturing and leading Solemn Evensong and Benediction of the Blessed Sacrament.  He holds both PhD and MD degrees and has recently accepted a position on the Medical Ethics committee of the Diocese of Olympia.  Abbot Basil is Professor Emeritus of Anesthesiology & Pain Medicine at University of Washington School of Medicine and is still practicing part time at Harborview Medical Center in Seattle.

The Companions of St. Luke (CSL) is a dispersed Benedictine Community with members in 22 states, the District of Columbia, England, Canada and Brazil. CSL began in the Diocese of Chicago in June 1992 and is a recognized Christian Community of the Episcopal Church. The community is an active member of the National Association of Episcopal Christian Communities. Our website is here and our application program Opus Dei is here.