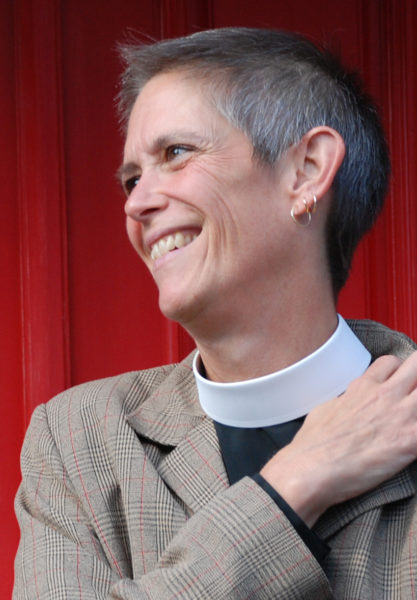 [Episcopal News Service] The Rev. Canon Audrey Cady Scanlan was elected on March 14 as 11th bishop of the Episcopal Diocese of Central Pennsylvania, pending the required consents from a majority of bishops with jurisdiction and standing committees of the Episcopal Church.

The election was held during the diocese’s Electing Convention, held at St. Stephen’s Cathedral in Harrisburg, Pennsylvania.

Pending a successful consent process, Scanlan will succeed Bishop Nathan Baxter, who retired last May after serving the Central Pennsylvania diocese for eight years. The Rt. Rev. Robert Gepert has since served as provisional bishop.

Scanlan was born in New York, but has lived in Connecticut for the past 50 years. She has served that diocese in many ways, building leadership, addressing conflict, walking with parishes in all seasons of congregational life, as well as building networks and communities across a diocese of 168 parishes. She and her husband of 30 years, Glenn, have three children: Emma (27), William (25), and Harriet (22).

The ordination and consecration is scheduled to take place Sept. 12, 2015 at Downtown Hilton, Harrisburg, Pennsylvania.

“I am delighted to have been chosen to serve as the next bishop of the Episcopal Diocese of Central Pennsylvania. I look forward to a challenging and fruitful time working alongside the faithful people of the diocese to join in building God’s Kingdom,” said Scanlan after hearing the news. “I am grateful to the discernment and transition committees for their diligent work, and for the prayers and support of so many. God is good and there is much joy in store for us.”