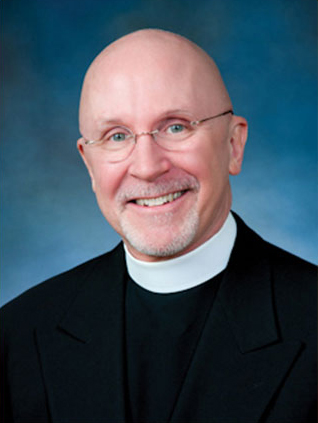 “I shall strive every day to be worthy of the trust and confidence that you have placed in me today,” said Eaton following the election. “I am particularly honored to be called to work with Bishop Frade, who, with his wife Diana, enjoys the respect and love not just of the Diocese of Southeast Florida, but of so many in our Church.”

Under the canons (III.11.4) of The Episcopal Church, a majority of bishops exercising jurisdiction and diocesan standing committees must consent to Eaton’s ordination as bishop coadjutor within 120 days of receiving notice of the election.

Eaton has served as dean at St. John’s Cathedral since 2002. He earned a Bachelor of Arts degree in 1982 from King’s College, London, along with an Associate of King’s College in theology. In 1985, he earned a Bachelor of Arts in Theology degree from Queen’s College, Cambridge, and in 1989 a Master of Arts degree. In 1986, he earned a Certificate in Theology from Wescott House Seminary in Cambridge. From 1989-1991, he was a graduate research student in Early Christian history and literature at Magdalen College, Oxford.

Pending the required consents, Eaton will be ordained and consecrated as the bishop coadjutor of Southeast Florida on Saturday, May 9 at Trinity Cathedral in Miami.

The Episcopal Diocese of Southeast Florida includes 76 congregations, with approximately 38,000 parishioners, from Key West north to Jensen Beach and west to Clewiston.