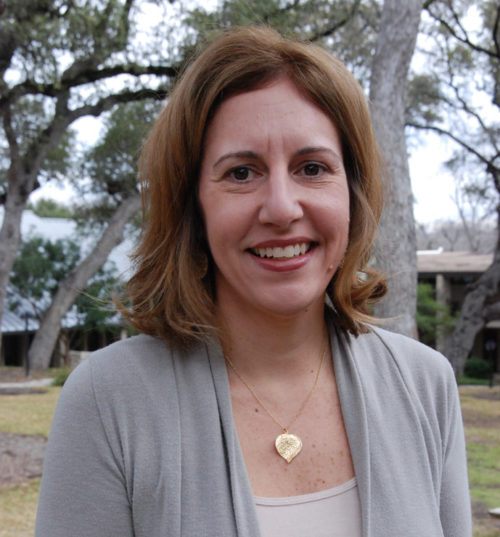 [Seminary of the Southwest] Academic Dean Scott Bader-Saye has announced the appointment of Claire Miller Colombo to serve as director of the Writing Center at Seminary of the Southwest. Dr. Colombo has already contributed significantly to the seminary in recent years—teaching courses in theopoetics, serving as a writing consultant, and leading several well-attended and highly praised writing workshops for our students. She brings a wealth of wisdom and experience to the task of teaching effective writing and critical thinking.

Claire received her Ph.D. in English from the University of Texas at Austin in 1997 and holds a Diploma in Theological Studies from Southwest. She has taught writing and literature in a variety of settings—including university and secondary school—and has published articles on topics ranging from English poetry to faith-filled parenting. As an educational writer and consultant, she develops religion and language arts curricula for Loyola Press of Chicago, is managing editor of their Seasons magazines, and contributes regularly to their Finding God newsletters. Claire also serves as co-literary editor of Theopoetics: A Journal of Theological Imagination, Literature, Embodiment, and Aesthetics.

“Claire already enjoys a great reputation among the students. She combines writing expertise, pedagogical skill, and theological depth in ways that will impact all of our degree programs,” said Dr. Bader-Saye.

The previous director of the Writing Center, Dr. Greg Garrett, will continue to serve as writer in residence and to contribute his gifts to the life of the seminary.

Dr. Colombo began her new position at Southwest on January 1, 2015.