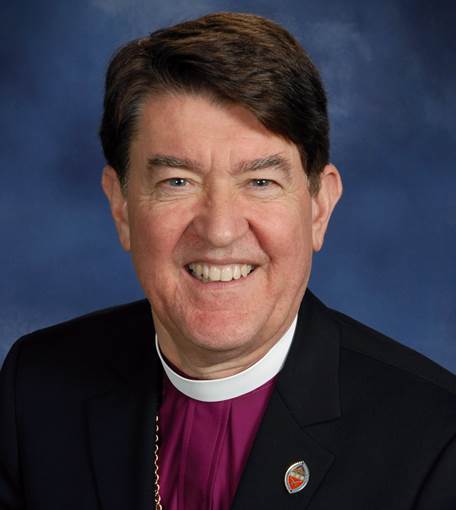 The Right Reverend R. William Franklin, Bishop of the Diocese of Western New York, was elected by the professed membership of the Benedictine Community, The Companions of St. Luke – OSB to be their Episcopal Visitor.

The Episcopal Church requires religious communities and orders that operate independently from normal diocesan structure to elect a Bishop Visitor to assure that they have ecclesiastical support and oversight. Bishop Franklin, who follows Bishop Deane Wolfe from the Diocese of Kansas, assumed his role on January 1, 2015.

Early in his career, Bishop Franklin taught courses on monastic history at the Benedictine St. John’s University in Collegeville, Minnesota. While at St. John’s he also taught at several Benedictine Experiences, a weekend retreat held annually at the Episcopal House of Prayer located on the grounds of the abbey. He also taught at General Seminary, Harvard Divinity School and Yale Divinity School.

Before being elected the tenth bishop of Western New York, Bishop Franklin worked in the Diocese of Massachusetts, the Convocation of American Churches in Europe, where he was an Associate Priest at St. Paul’s Within the Walls in Rome and taught aspects of Anglican monastic history at the Pontifical Angelicum University, and the Diocese of Pennsylvania.

Bishop Franklin was born in Brookhaven, MS on January 3, 1947. He holds a B.A. from Northwestern University and a Ph.D. in Church History from Harvard. He was recently awarded an honorary Doctor of Divinity Degree from Berkeley Divinity School at Yale, where he once served as dean.

Within The Episcopal Church, Bishop Franklin serves on the Committee to Nominate the next Presiding Bishop, the General Board of Examining Chaplains and the Standing Commission on Lifelong Christian Formation and Education.

He and his wife, Carmela Vircillo Franklin, who is a scholar in medieval studies at Columbia University, have been married since 1971. They have two adult daughters.

The Companions of St. Luke (CSL) is a dispersed Benedictine Community with members in 20 states, the District of Columbia, and England. CSL began in the Diocese of Chicago in June 1992 and is a recognized Christian Community of the Episcopal Church. The community is an active member of the National Association of Episcopal Christian Communities.  Our website is http://www.csl-osb.org/ and our application program Opus Dei is http://www-cslosb.rhcloud.com/