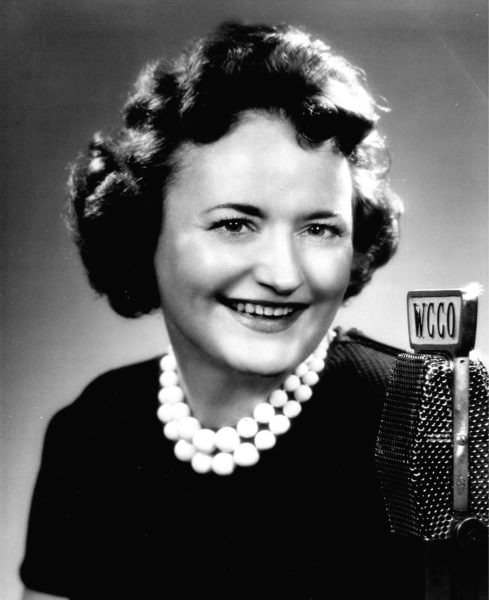 Joyce Lamont, a pioneer in radio broadcasting in Minnesota and a cradle Episcopalian, was remembered at a memorial service on January 2 in Coventry Chapel at Episcopal Homes in Saint Paul. Lamont died on December 28 at age 98.

Lamont was a copywriter at WCCO Radio in Minneapolis in the early 1950s when she was asked to be a substitute on-air host. That launched a broadcasting career that would span more than five decades—forty years at WCCO and fourteen years at KLBB—beginning at a time when few woman were heard on United States radio.

“She forged a way forward in the midst of a sea of men,” said the Rev. Keely Morgan, director of spiritual care at Episcopal Homes, who presided at the service.

At WCCO Lamont hosted such programs as “Dayton’s Musical Chimes” and became a daily staple as she shared recipes, best grocery buys and travel tips throughout the broadcast day. At the height of her career, she received more than 10,000 letters a month, according to information on the website of the Pavek Museum of Broadcasting, which inducted Lamont as a charter member of its Broadcasting Hall of Fame in 2001.

In 1941, Lamont’s sister, Betty, married the Rev. Chilton Powell at Gethsemane. Betty was the congregation’s organist; Powell, an associate priest. In 1951 Powell was elected bishop coadjutor of the Diocese of Oklahoma; became diocesan bishop 15 months later, serving until 1977. As chair of the then Standing Commission on Liturgy, Powell was considered the chief architect of the 1979 Book of Common Prayer.

“Joyce was the most enthusiastic Episcopalian I have ever known,” said Charlie Boone, a former, longtime, on-air colleague and fellow Episcopalian, who spoke at the January 2 service.

The lifelong, enthusiastic Episcopalian will be interred among her kind in the columbarium at Saint Mark’s Episcopal Cathedral in downtown Minneapolis.