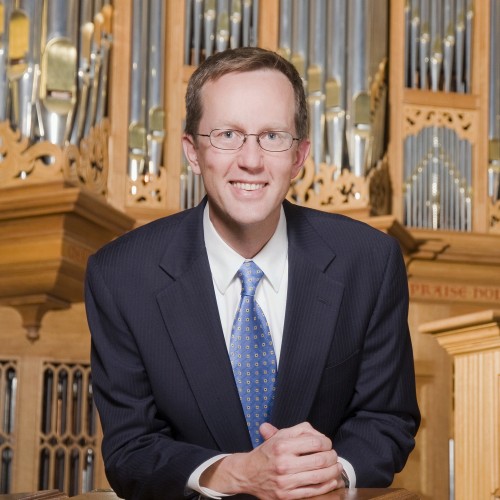 Since 2010 he has served as canon for cathedral music at Trinity Cathedral in Portland, Oregon, having previously served at Trinity Church, Copley Square in Boston, All Saint’s Parish in Boston and St. Thomas Fifth Avenue in New York. He holds degrees from Eastman School of Music and Oberlin College Conservatory of Music. A detailed curriculum vitae is on our website here.

Kleinschmidt is an accomplished organist, having played in recital across the world, including an All-Bach concert at Saint Mark’s on the Flentrop Organ in 2012. He also has a keen appreciation for the ministry of music in children, and serves on faculty of Royal School of Church Music summer courses.

Hewrites:  “I believe liturgy, with the music that serves it, is the frontline of Christian formation. My own Christian formation was primarily through music. Throughout my life, it has been a vehicle conveying to my heart and mind the Psalms and Canticles, the poetry of George Herbert, T. S. Eliot, and W. H. Auden, and much of the Book of Common Prayer, among other texts. I feel called to share that vehicle with all who seek a deeper communion with God, and have dedicated much of my life to teaching young and old, rich and poor, black and white the craft of liturgical music-making.”

Kleinschmidt succeeds Mel Butler who will retire at the end of 2014 after 23 years as canon musician.

Saint Mark’s Episcopal Cathedral
Located on Capitol Hill in Seattle, Saint Mark’s Episcopal Cathedral is a community grounded in ancient Christian scripture and tradition while at the same time remaining open to the insight and truth of contemporary life.  You’ll find us actively involved in service and outreach. Together we pray and worship, study the scriptures, and explore the richness of twenty one centuries of Christian experience.

Saint Mark’s is also the home of great music, and every Sunday evening for over 50 years the ancient service of Compline has been sung.