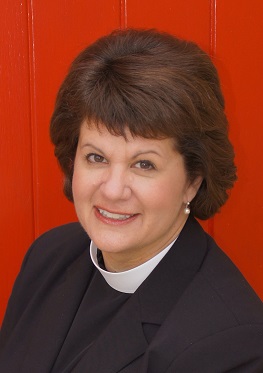 “Meghan was selected for this important position because she brings the strong technical and interpersonal skills essential to this work as well as an innovative mind and creative spirit,” Sauls stated.  “All of us who met her during this process believe she will serve the needs of the church well in this crucial ministry.”

Sauls also expressed his appreciation to the members of the interview committee, which included members of the Board of Transition Ministry, Executive Council, the community of transition ministers and the Missionary Society.

The acting missioner position is slated through October 2015, after which the program and budget vision set at General Convention 2015 will be implemented.

Froehlich’s position with the Missionary Society is within the Mission Department.  She is based in Akron, Ohio.

Most recently she was the interim canon to the ordinary for the Episcopal Diocese of Kansas and has served as the rector or assistant rector of churches in the dioceses of Ohio, Dallas and Western North Carolina. She has also been a chaplain, a faculty member of Fresh Start, a consultant and executive leadership coach.

She holds a Master of Divinity degree from the Divinity School of Duke University and a bachelors degree in political science from Old Dominion University in Virginia.  She was ordained a priest in June 2000 in the Diocese of Western North Carolina.

Froehlich begins her new position in Jan. 5.  She can be reached at mfroehlich@episcopalchurch.org effective December 22.