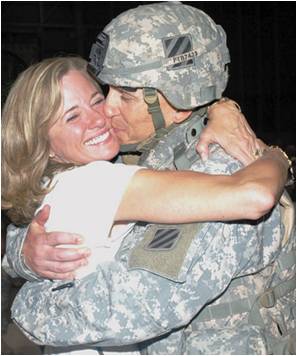 [Episcopal News Service] The Brotherhood of St. Andrew is drawing on its rich history of supporting servicemen and women by leading the creation of Veteran Friendly Congregations.

Brotherhood President Robert Dennis cites too many instances of veterans struggling to get the help they need: jobs, disability payments, health care and treatment for such afflictions as post-traumatic stress disorder, traumatic brain injuries, physical disabilities and military sexual trauma.

In the 12 years since American troops were first deployed to Afghanistan and Iraq, more than 2.6 million veterans have returned home to a country largely unprepared to meet their needs.

“The suicide rate, broken families and unemployment among families is inconceivable to all of us,” Dennis said Nov. 11 upon the announcement of his organization’s attempt to promote Veteran Friendly Congregations in its chapters and churches.

“Some 37 percent of returning veterans suffer from some form of post-traumatic stress disorder and 62,619 are homeless,” Dennis said. “Their unemployment rate of 15 percent is twice the national average.”

The project began in 2009 at St. Peter and St. Paul’s Episcopal Church in Marietta, Georgia, when then-rector the Rev. Robert Certain was approached by IBM executive and West Point graduate Peter McCall, who sought a way to help what he saw as a major problem.

“Peter and his wife Cathy have been stalwart leaders in the creation of Veteran Friendly Congregations,” Certain says. There are about 200 VFCs throughout the southeastern U.S. and the Brotherhood has begun a major push to take the program nationwide.

A retired Air Force colonel, Certain is also the Brotherhood’s national missioner to the U.S. Armed Forces and can be reached at eagle@unchainedeagle.com.

The church and its Brotherhood chapter organized Care For The Troops, that provides information any chapter to get started caring for servicemen and women.

“We are delighted the Brotherhood is pushing this program,” Certain says. “It has spread to many other denominations here in Georgia and we would love for this to be expanded to other regions of the country. It started with the Brotherhood and the Brotherhood would be a good vehicle to get it going nationally.”

At the conclusion of World War I, 729 churches out of the 1,165 that existed at the time organized church welcoming committees, thanks to the work of the Brotherhood of St. Andrew, which kept a file on each and every serviceman. When a soldier returned home – many suffering from “shell-shock” and which is now called “post-traumatic stress disorder” – a local Brotherhood chapter knew about him.

Statistics from that era show that 56 percent of men asking to be baptized at Episcopal churches did so after initially being ushered into a church welcoming home committee organized by the Brotherhood of St. Andrew.

Due to the international stature of the Anglican Communion, Brotherhood chapters already existed in much of the English-speaking nations. But during – and especially after – World War II, Brotherhood chapters spread to non-English speaking countries and regions such as the Philippines, Korea and Japan, a legacy of the Brotherhood’s efforts that began in 1945 by helping wounded servicemen.

Offering injured servicemen a home in a Brotherhood chapter that can offer them substantial help for their afflictions – whether physical, psychological or both – can play an important role in the life of the Brotherhood as well as the lives of servicemen returning from the longest wars the U.S. has ever fought.

“There is no set way to accomplish this – every church and chapter is different,” Dennis notes. “Either way, you are transforming the life of a man who gave his all for his country.”