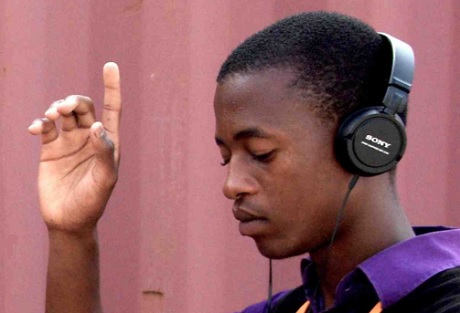 [Anglican Communion News Service] Young radio reporters in Liberia will soon be broadcasting programs to teach people there about how to prevent the spread of Ebola.

The Children’s Radio Foundation, led in the U.K. by Anglican priest the Rev. Charlotte Bannister-Parker, has worked hard to build up this network of youth reporters across 29 of the country’s radio stations.

The charity exists to provide young people in countries across Africa with the skills to make radio and connect them with local radio stations where their packages can be aired.

“We already have an army of young people who are active youth reporters,” said Bannister-Parker, “So what we’re doing now is putting together an Ebola Health Information Pack (EHIP) to send out to their 29 stations containing accurate, effective information about Ebola.”

Over the years CRF quickly learned from young people in the countries where they worked that there can be a lack of trust among children and young adults about public health messages that come from government officials.

“Government messages can often fall on deaf ears because they’re not created by young people for young people,” she said. “What we’ve been doing is putting together an information pack that is also appropriate for young people to engage with and use.”

Bannister-Parker added that CRF’s radio packages will also compliment the work and appeals of those charities that would normally respond to such a multi-national crisis.

“Thanks to the other appeals people are getting buckets and soap and protective clothing, but if they don’t know how best to use them there’s almost no point in getting them. So our radio messages come in at a crucial point in that educational process.”

She added that radio is also a safe, contact-free form of distributing information and is locally contextual: CRF-trained young reporters exist in five other countries South Africa, Zambia, Tanzania, the DR Congo and Kenya and the organization works in 25 languages.

“Because there’s a chance Ebola may spread to other countries across Africa we’re going to use these EHIPs in all our other radio stations, with all our other children in the other partner countries.”

Bannister-Parker, who used to work in television broadcasting, explained that the charity has also been invited to connect with the Disasters Emergency Committee and other major humanitarian charities as well as to consider bringing their radio education model to Sierra Leone — another country affected by the killer disease.

She added that she considers the charity’s presence in Liberia was “God-given. It’s a very unusual country for us to be in in the first place—I believe Unicef invited us in because of the high infant mortality and low education levels. It’s the epicenter of the disease and we’ve been given an incredible opportunity to help.”

The Children’s Radio Foundation http://www.childrensradiofoundation.org/ has launched a £20,000 appeal at https://www.justgiving.com/crffightsebola/ to help create an Ebola-ready continent.

Donations will go towards creating and distributing CRF’s EHIPs (Ebola Health Information Packs), using these information packs for radio outreach in schools, clinics and community centres; training their radio youth reporters to air the EHIP’s accurate health information via community radio stations; and hiring a full-time Health Educational Director to launch the EHIPs and training across Liberia and their other partner counties.