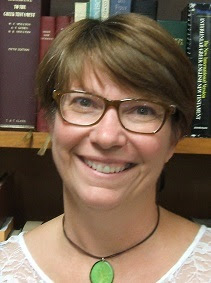 Episcopal Migration Ministries (EMM) is the program of the Domestic and Foreign Missionary Society (DFMS) that serves and welcomes refugees, uprooted by persecution and violence abroad, in communities across the United States. EMM’s work is a continuation of the Episcopal Church’s commitment to welcoming the stranger in our midst.  EMM resettles refugees through a network of 30 affiliate offices nationwide, linking these affiliates with Episcopal dioceses and parishes that together carry out the ministry begun over 75 years ago to relieve the burden of the world’s suffering through refugee resettlement and immigration assistance.

Among her work experience Johnson was most recently: a partner in Inspiring Mission, an organization that supports and facilitates youth mission experiences; a communications and marketing consultant at www.YourMediaDirector.com; and Communications Director for the Episcopal Diocese of Minnesota.

Johnson began her new position on October 27.  She is based in St. Paul, MN.  She can be reached at WJohnson@episcopalchurch.org.