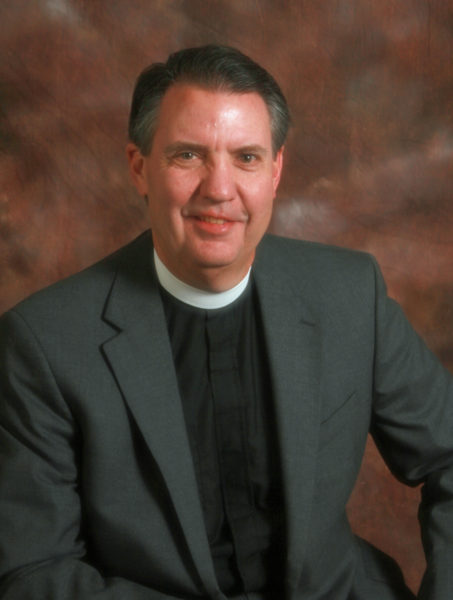 [University of the South School of Theology press release] The Rev. William F. Brosend II has announced his decision to step down as executive director of the Episcopal Preaching Foundation (EFP), effective June 30, 2015.

Brosend, who has served as executive director since 2010, will continue as professor of homiletics at The School of Theology and director of the School’s Doctor of Ministry in Preaching program.

“I told the Board of Directors when I accepted their invitation that my goal was to grow the position into an important and interesting full time job. It happened, to be honest, more quickly than I expected.”

Founded by A. Gary Shilling, an investment manager and Episcopalian,  in 1988, the Episcopal Preaching Foundation has sponsored the annual Preaching Excellence Program, a week-long preaching intensive for rising senior Episcopal seminarians, for 27 years. Since Brosend moved from board member to executive director the work of the foundation has expanded significantly, holding annual national Episcopal Preaching Conferences since 2010 and providing programs for more than 20 diocesan clergy conferences.

This year, the foundation, with support from a grant from the Robertson Foundation, launched a new conference for the recently ordained, and has begun supporting peer groups for sermon preparation and evaluation. They have also put in place plans for a one-on-one mentoring program for preachers.

Brosend confirmed the need for a full time executive director, and it is his intention to remain involved in the work of the Episcopal Preaching Foundation. “We have taken significant strides in the last few years, but it is time for the foundation to identify new leadership to take us even further. If asked, I will do everything I can to support my successor in those steps.”

Commenting on Brosend’s decision, Presiding Bishop Katharine Jefferts Schori said, he has “brought the Episcopal Preaching Foundation to new levels of effectiveness as it has reached out to established preachers as well as emerging ones. His creative initiatives have yielded a harvest so large that it now demands more hours and hands. I can only say, ‘well done, good and faithful servant!’ and at the same time offer deep thanks for his insightful, visionary, and productive leadership. Bill has helped The Episcopal Church respond to changing contexts and realities so that the Word might grow in new fields.”

Jefferts Schori continued, “I first encountered the Preaching Excellence Program as a seminarian invited to what was then the annual conference. It was a challenging, informative, and extremely helpful experience. Gary Shilling has had a bee in his bonnet for decades about improving the preaching quality in The Episcopal Church, and his efforts have yielded significant results. He knows that, like the bees he keeps, preachers spread the Word and help it become fruitful across the vineyard.”

The foundation hopes to have a new executive director in place in time for the next Preaching Excellence Program set for May 25-30, 2015 at the Roslyn Conference Center in the Diocese of Virginia.