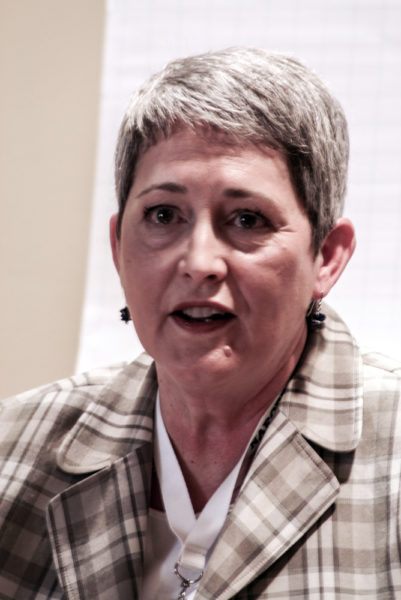 Janie was a third generation native of Angleton, Texas. As a senior in high school she fell in love with Jim, who had been her classmate since kindergarten. They were married in 1969 and spent the first three years of their marriage in Austin, returning to Angleton in 1972, where Janie served as a steadfast volunteer for ‘literally every’ school, library and church activity while raising her two daughters. She and Jim moved to Houston in 2005.

Janie began teaching Sunday school while in her teens and there developed a lifelong passion for Christian Education. She served as Director of Religious Education at Holy Comforter Episcopal Church in Angleton and at St. Timothy’s Episcopal Church in Lake Jackson for more than two decades. In 2000 she became the director of Christian Formation for the Episcopal Diocese of Texas, a position she held for ten years. During that time, she built resource libraries in Houston, Austin and Tyler and wrote a broad range of curricula for the Diocese’s 150 churches. Her work was instrumental in adapting Episcopal curriculum for today’s multicultural needs. She was a founding member of the national organization for Episcopal educators and a principal author of the national church’s Lifelong Christian Formation Charter. In 2004 she received the Durstan R McDonald Award by the Seminary of the Southwest for her work in education, and at her death she was serving nationally as chair of the Standing Commission for Christian Formation and Lifelong Learning of the Episcopal Church and was a board member of the international Anglican Communion’s Compass Rose Society.

Janie will be remembered as a gifted teacher and sensational storyteller with a profound love for children–especially her own grandchildren. Her gracious hospitality, compassion for others and penchant for creating magical holidays for friends and family marked a life well lived. Janie’s creativity found outlet through an endless stream of gardening and exquisite needlepoint projects. She set a lifelong example as a loving wife and devoted mother. Her courageous and tireless fight against cancer inspired all who knew her.

In lieu of flowers, donations can be made to Christ Church Cathedral, 1117 Texas Avenue, Houston, TX 77002.

A memorial service will be held at 3:30pm on Saturday, September 27 at Christ Church Cathedral.