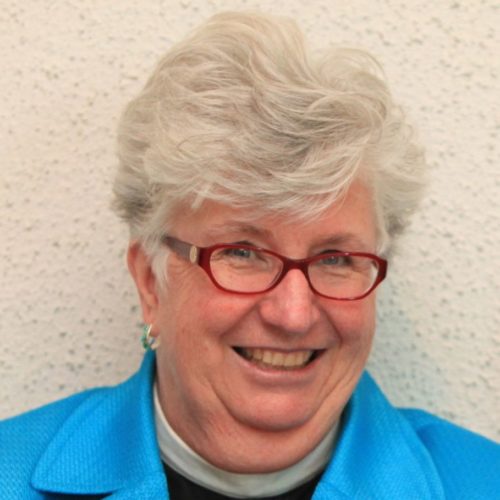 [Bexley-Seabury press release] The Rev. Dr. Ellen K. Wondra, research professor of theology and ethics at the Bexley Seabury Theological Seminary Federation, has been elected to the World Council of Churches Commission on Faith and Order for a term that will last until 2022.

The Standing Commission on Faith and Order, described by the World Council of Churches as “a community of ecumenical leaders and theologians who for more than a century have laboured for the visible unity of Christ’s Church through concentrated theological dialogue,” comprises nearly 50 theologians and consultants and meets for one week every two years. Wondra’s first meeting will be in June 2015.

“Ellen’s passion for ecumenical dialogue has enlivened her career and the seminary she serves,” said the Rev. Dr. Roger. A. Ferlo, president of Bexley Seabury. “Her service on the Standing Commission on Faith and Order will be a boon to Bexley Seabury, the Episcopal Church, and our ecumenical partners across the globe.”

Wondra served on the Standing Commission on Ecumenical Relations of the Episcopal Church from 2001-2006 and on the Anglican-Roman Catholic Consultation in the U.S.A. (ARCUSA) from 1992 – 2010. She was the co-coordinator of that group’s project on authority from 1996-2008.

The Rt. Rev. C. Christopher Epting, a 1972 alumnus of Seabury and current Federation board member, served with Wondra on ARCUSA. He is the retired bishop of Iowa and is currently assisting bishop in Chicago.

“Dr. Wondra is one of the leading ecumenists in The Episcopal Church,” said Epting. “I cannot imagine what I would have done, during my years as the Presiding Bishop’s Deputy for Ecumenical and Inter-religious Relations, without her wise counsel and rich experience. I am thrilled that she will now represent us on the WCC’s venerable Commission on Faith and Order.”

Wondra, who holds an MDiv from Church Divinity School of the Pacific and a PhD in Christian theology from the Divinity School of the University of Chicago, became professor at Bexley Hall Episcopal Seminary in 1989 and professor of theology and ethics at Seabury-Western Theological Seminary in 2004. From 2008-2014, she served as Seabury’s academic dean, and from 2006 through December 2013, she served as editor of the Anglican Theological Review.

As an Episcopal center for learning and discipleship at the crossroads of the nation, the Bexley Hall Seabury Western Seminary Federation forms lay and clergy leaders to proclaim God’s mission in the world, creating new networks of Christian formation, entrepreneurial leadership and bold inquiry in the service of the Gospel. Learn more at bexleyseabury.edu.