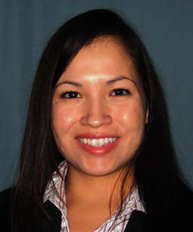 Eagle Heart holds an MBA in global management from the University of Phoenix, San Diego. She is enrolled as a member of the Oglala Sioux Tribe in Pine Ridge, South Dakota, and was raised on the reservation.

The NCAIED awards will be presented Oct. 8 at the 39th Annual Indian Progress in Business (INPRO) Awards Gala in Milwaukee, Wisconsin.